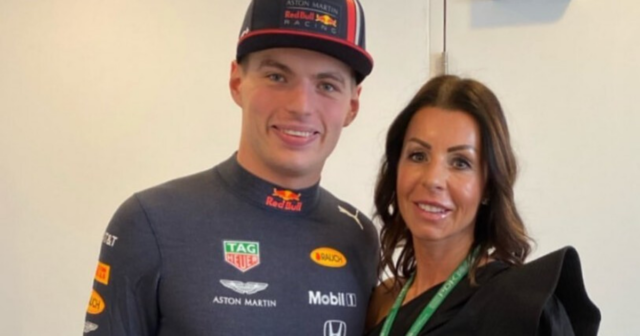 MAX VERSTAPPEN went home to his mum to enjoy “comfort food” and have some quiet time off after his first Formula One world title win.

The Dutchman beat seven-time champ Lewis Hamilton to the title on the final lap of the 2021 season in Abu Dhabi, albeit in controversial fashion.

But after climbing to the top of the F1 mountain, mentally exhausted Verstappen sought the comfort of his mum, Sophie Kumpen.

His mum revealed: “He came to my place a few days after he won, and he was absolutely finished.

“He was exhausted mentally and he just wanted to be home.

“I made his comfort food and we had a nice few quiet days together.”

Verstappen’s rise to F1 isn’t a surprise, with his dad Jos Verstappen being a former driver.

But his mum has experience with racing and was a champion go-karter in her heyday.

Kumpen started go-karting at the age of 10 and even went on to compete in the Formula A World Championship at the age of just 16, finishing ninth.

The following year she competed in the karting world championship and finished ahead of former F1 driver Giancarlo Fisichella.

But she gave up racing at 21 after meeting Jos.

The downtime with his mum worked as Verstappen is currently leading the driver standings this season and is in good shape to retain his title.

After a poor start, the Flying Dutchman has recorded six wins and has 181 points.

Did you miss our previous article…
https://www.sportingexcitement.com/formula-1/what-is-the-f1-sprint-race-and-how-does-it-work/

In this article:abudhabi, formulaone, maxverstappen