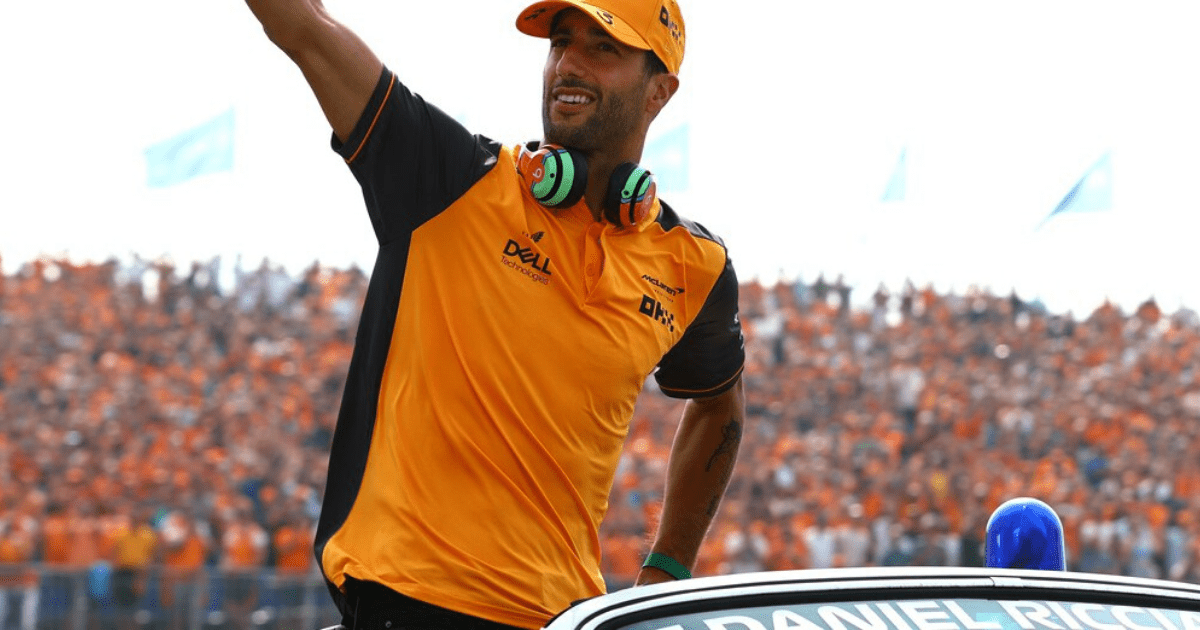 DANIEL RICCIARDO has revealed he wants to stay in Formula One and is “not too proud” to accept a reserve role to do so.

Ricciardo, 33, is now a free agent after being axed by McLaren.

He will begin his final seven races with the British racing team when he races in Monza this weekend at the Italian GP.

The Australian has struggled for pace since joining the iconic team and has regularly been beaten on track by Norris both in qualifying and in the race.

He and the team confirmed that they were bringing his contract to an early end last month, with McLaren having to pay Ricciardo a reported £14.15m.

Fellow Aussie Oscar Piastri is tipped to replace him after his dramatic and public row with Alpine earlier this month.

Williams and Haas are realistic suitors for a full-time gig but Ricciardo has admitted he will be open a reserve role in one of the top teams.

He said: “I’m pretty open minded with any scenario.

“I think there’s pros and cons with all of it. There’s pros with having some time off as well, currently the 18 months I’ve had has been more challenging than not so maybe some time away would be good.

“But then also staying active is good. That’s why I kind of want to hear everything. Even if it’s a reserve, I don’t want to be too proud to say I’m too good for that.

“I still definitely have the ability to love a project. But of course if there’s this longer project, and this one where you’re going to win tomorrow, of course I’m going to go for the quick wins.

“They are things I will definitely give some thought to. I don’t also want to be stubborn or short sighted and be like, ‘ah no I’m not interested in that’, I will give everything its respected thought.

“I just want to hear everything and see what makes sense. It could be something that sets me up better for the future and next year may be one of those years where I need a bit of patience.

Did you miss our previous article…
https://www.sportingexcitement.com/formula-1/lewis-hamiltons-radio-rant-shows-he-still-effin-cares-nobody-can-criticise-him-for-x-rated-exchange/