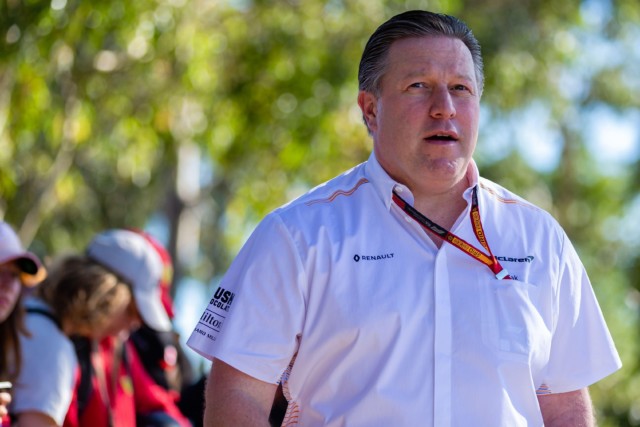 McLAREN have signed an option to race in Formula E for the 2022/23 season – but say they are still committed to Formula One.

The Woking-based team are one of F1’s stalwarts and have signed up to the Concorde Agreement, which binds the team to the sport until 2025.

However, they are also weighing up whether to join the popular all-electric series in its ninth season.

A statement from McLaren said: “McLaren Racing announced today it has signed an option to enter the FIA Formula E World Championship in Season Nine, as part of its ongoing evaluation of potential new motorsport platforms.

“The option provides McLaren with the choice to enter the championship as one of a maximum 12 entries for the 2022/23 season.”

The team are currently prevented from competing aS they are the exclusive battery supplier to the series.

However, that deal ends next year, paving the way for them to start their own FE team.

“The opportunity to take an option on an entry, together with the completion of the McLaren Applied supplier contract with the FIA at the end of Gen 2, gives us the necessary time to decide if Formula E is right for McLaren as a future competition platform.”

Meanwhile, Cyril Abiteboul has left his role as boss of the Renault F1 team, which has been rebranded as Alpine for 2021.

It follows the arrival of former Suzuki MotoGP team boss Davide Brivio, who has joined as CEO.

Did you miss our previous article…
https://www.sportingexcitement.com/formula-1/pierre-cherpin-52-placed-in-induced-coma-with-severe-head-injury-and-collapsed-lung-after-horror-crash-in-dakar-rally