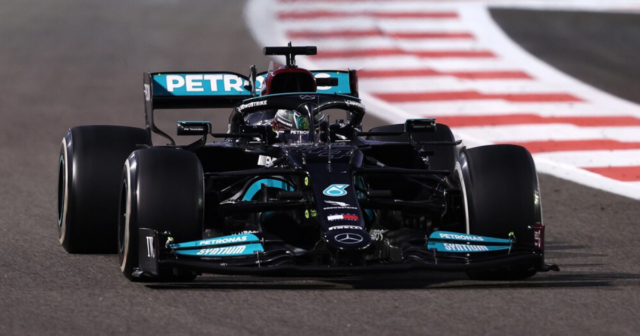 WORLD CHAMPIONS Mercedes have announced February 18 as the date for the launch of their car for the upcoming 2022 season.

Lewis Hamilton may have lost out on the Driver’s title to Max Verstappen, but Mercedes still took home the Constructor’s Championship.

And the team, led by Toto Wolff, will reveal the car that they hope will challenge for the title during the 2022 F1 season again in a month’s time.

The new W13 car will be officially unveiled in a “special digital launch event” at Silverstone, which will be attended virtually by both Mercedes drivers.

The team are set to revert to a silver livery after two years in black colours as they bid to claim a NINTH consecutive Constructor’s Championship.

But new regulations mean the car will be vastly different to last season, as F1 chiefs have implemented the biggest changes to cars yet in the 71-year history of the sport.

The aim is to level the playing field, and cut out a two-way battle for both the Driver and Constructor titles.

It’s after Mercedes beat Red Bull to the Constructor’s Championship, and Verstappen beat Hamilton to the individual gong, with nobody else coming close to challenging.

Mercedes are the fourth team to confirm a date for the launch of their new car, after Aston Martin (Feb 10), McLaren (Feb 11) and Ferrari (Feb 17).

Their announcement confirmed Lewis Hamilton WILL be there, and the Brit will break his silence after the controversial end to the 2021 season.

New driver George Russell will also be present for his first day as a Mercedes driver after replacing Valteri Bottas, but all eyes will be on Hamilton.

The 37-year-old has been the subject of intense speculation regarding his position in the sport in recent weeks.

He’s set to address the media for the first time next month following the events in Abu Dhabi last month, which saw Verstappen snatch the title from him.

Hamilton’s future hangs in the balance and is dependent on the outcome of an inquest into the title-deciding race, which is expected to be published TWO days before the start of next season.

The results of the inquest are crucial to Hamilton’s future, according to Sky Sports.

Hamilton unfollowed everyone on Instagram last month in the aftermath of the chaotic title decider at Yas Marina.

And his silence has only heightened speculation that he may have already competed in his last race in F1.