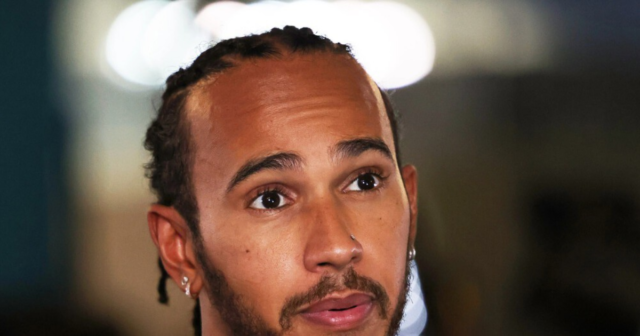 Merc issued a statement due to incorrect stories saying their W13 ‘completed its FIA homologation process on 13 January 2022’.

All F1 teams are required to submit their cars to stringent safety checks, including side-impact stiffness.

The new rules for this season mean the minimum weight of an F1 car has been increased to 795kg to allow for a stronger structure.

Merc will launch their car on February 18, just five days before pre-season testing begins in Barcelona.

The car will return to a traditional silver livery after two years of black, done to show support for diversity and a stand against racism and discrimination.

And it will be used in a race for the first time on March 20 at the curtain-raiser in Bahrain.

Hamilton will be in attendance at the virtual launch next month after the controversial end to the 2021 season.

He has been silent publicly since the Abu Dhabi finale which saw Max Verstappen steal the title from him on the final lap, not even posting on social media in that time.

However, he was spotted in California grabbing a coffee over the weekend.

The 37-year-old has been the subject of intense speculation regarding his position in the sport in recent weeks.

Hamilton’s future hangs in the balance and is dependent on the outcome of an inquest into the title-deciding race, which is expected to be published TWO days before the start of next season.

New Merc driver George Russell will also be present for his first day as a Mercedes driver after replacing Valteri Bottas, but all eyes will be on Hamilton.

The new Mercedes car is yet to be released but is expected to revert back to the traditional silver
Advertisement. Scroll to continue reading.
In this article:Abu Dhabi, Hamilton, safetychecks, submit, thenewrules