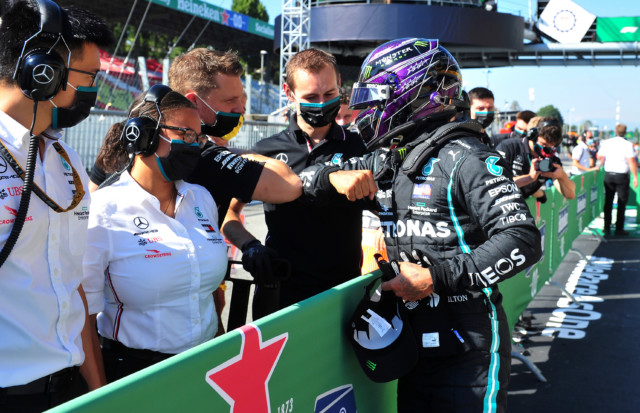 MERCEDES Technical Director James Allison has revealed the team are living in ‘constant fear’ about replicating success in the 2021 season.

Despite the Silver Arrows winning seven consecutive Constructors’ Championships, the 52-year-old has stated there is always a worry their car isn’t fast enough.

Mercedes go into the 2021 season as the huge favourites for both the Drivers’ and Constructors’ Championship.

And the team were boosted by Lewis Hamilton’s contract extension earlier this month to put an end to speculation over his future.

But with Red Bull, Ferrari, McLaren, Alpine and Aston Martin all bringing in a new driver, Allison has opened up on the anxiety surrounding his team.

In quotes obtained by Essentially Sports, he said: “We exist for one purpose.

“And that is to produce a racing car that’s capable of fighting at the front, and hopefully, securing wins and championships.

“At this stage of the year, you hope you’ve done enough work.

“But we’re never certain until the cars are actually on a track, doing it for real.”

Before adding: “Alongside all that excitement is the fear and that fear nagging away continuously at you.