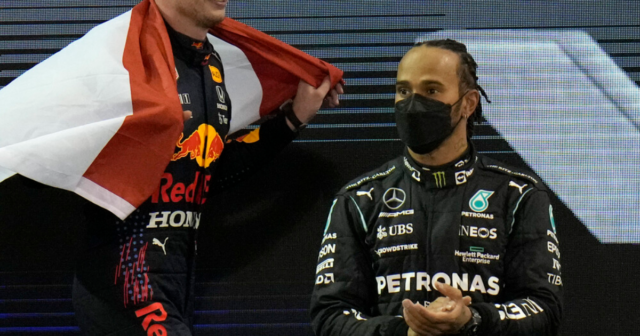 MICHAEL MASI could be axed as F1’s race director following the controversial end to the Abu Dhabi GP.

The Australian ignored safety car rules and set up a single-lap shootout which decided the outcome of the F1 championship.

Race leader Lewis Hamilton was left a sitting duck on old tyres when Masi fudged the rules to line up Max Verstappen – on fresh rubber – right behind the Brit.

Verstappen romped to glory – and the title – much to Mercedes’ anger, who threatened legal action.

While the Silver Arrows pulled back from taking the matter to court, disgruntled Hamilton has made a silent protest with Merc boss Toto Wolff admitting there are doubts as to whether the 37-year-old would return to race this season.

Masi too has gone to ground amid the storm and is believed to be back in Sydney, while the FIA conducts their investigation into what happened in the stewards’ room.

However, understands that Masi could now be shown the door as a result of his mistakes.

Peter Bayer, newly appointed as the FIA’s head of F1, said: “Michael did a super job in many ways. We told him that.

Bayer is heading up the inquiry, which has promised to come up with their report on the eve of the new F1 season in Bahrain on March 18th.

While the FIA have yet to confirm Masi will be axed, has also spoken to paddock sources who believe he should be SAVED.

However, that proposal would see him share the role with several other stewards – a move which would allow for inconsistent decision making.

In an interview with Austrian journalist Gerhard Kuntschick, Bayer also said team bosses would be BANNED from speaking to the race director directly mid-race.

However, Bayer added: “[We are looking at] dividing the various tasks of the race director, who is also sports director, safety and track delegate.

“That was simply too much. These roles are divided between several people. This reduces the burden on the race director.

“The team managers will still be able to – they have to be able to ask questions but we want to build in a buffer with an employee who accepts these requests.

“In the future, the race director will be able to concentrate on his task and will no longer be distracted.”