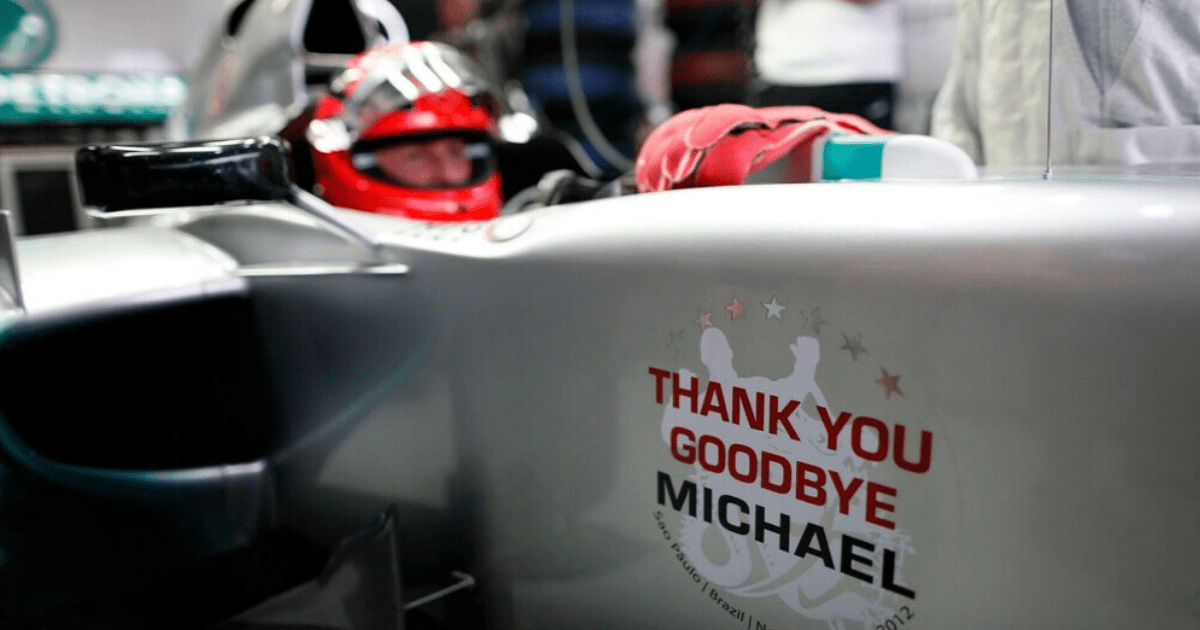 MICHAEL Schumacher has sent a message to his fans on the 10th anniversary of his retirement.

The Formula 1 legend’s tweet comes nine years after his horrific skiing accident in the French Alps in 2013, which left him with severe brain injuries.

Michael Schumacher pictured when he finally retired from Formula 1 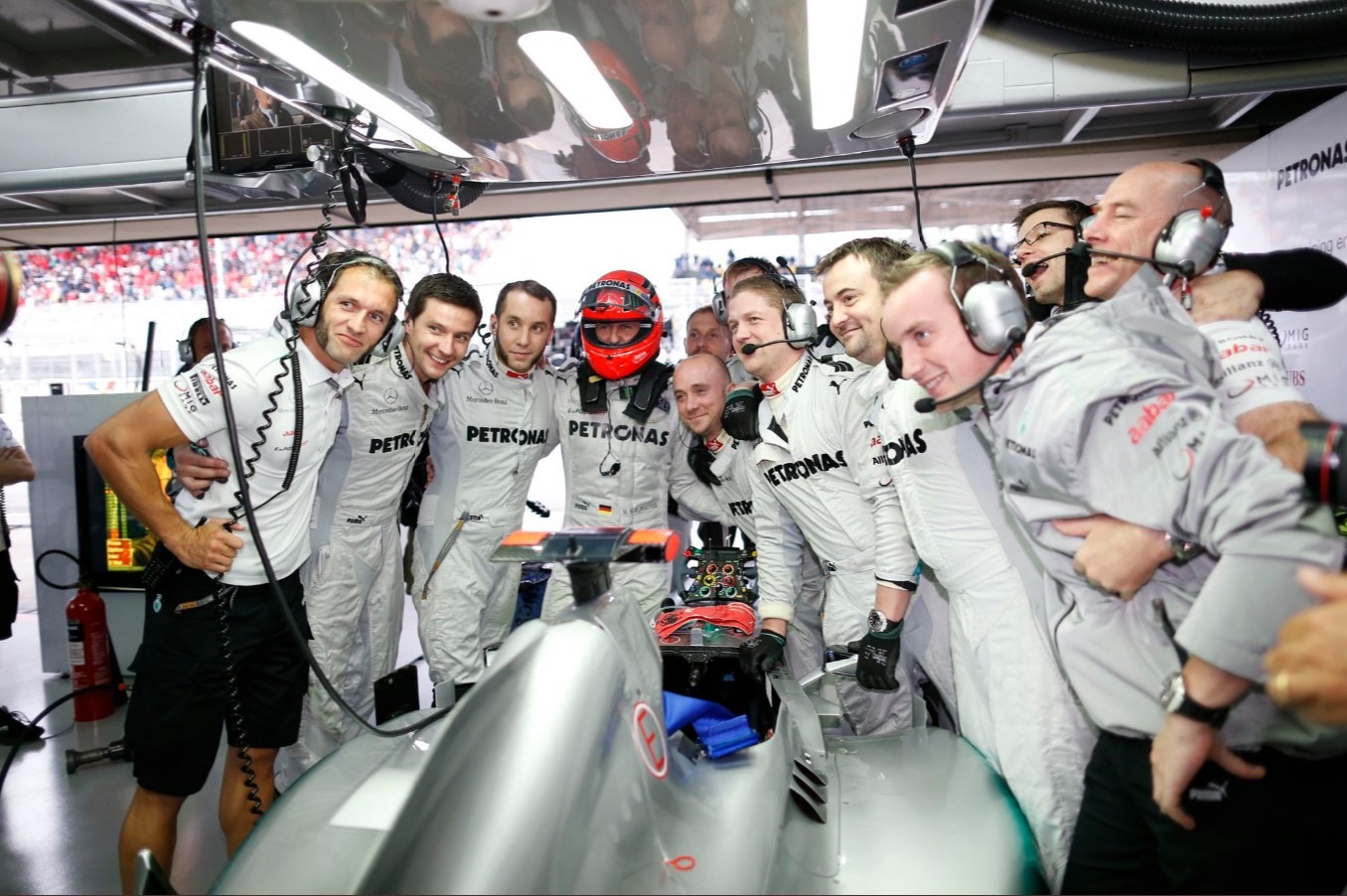 The legendary driver pictured with his pit crew in the 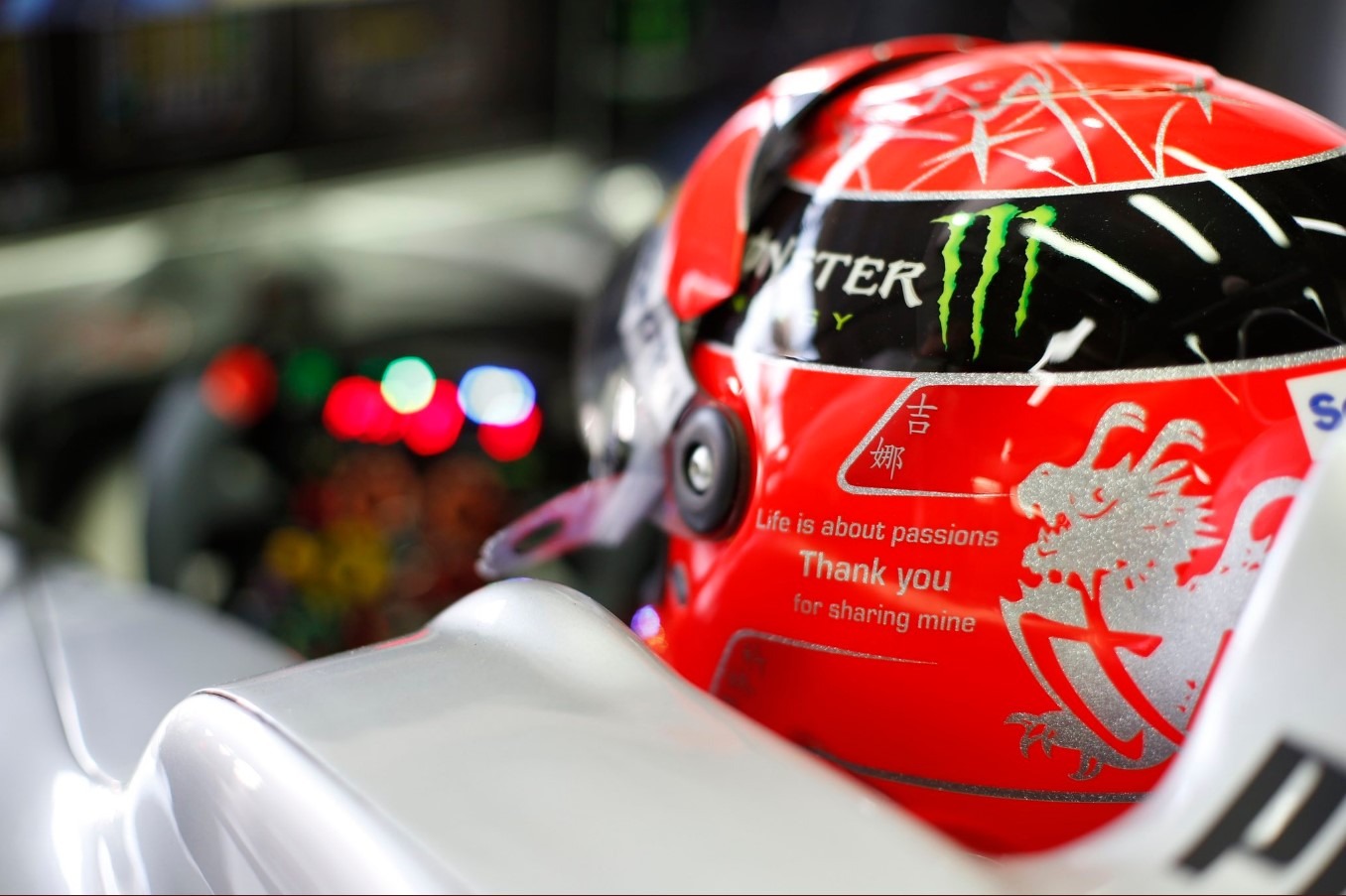 The pictures were tweeted on the 10th anniversary of retirement

Seven World Champion first retired at the end of the 2006 season after winning 91 F1 Grand Prix races but returned to the sport in 2009 to drive for Mercedes.

He spent three years with the team but didn’t win a race before he finally quit in 2012.

Marking the day, his official account tweeted: “Life is about passions Thank you for sharing mine.”

A picture shows Schumacher in his car, which has ‘Thank You Goodbye Michael’ on the side, and another with him surrounded by his pit crew.

It comes as old Ferrari Formula One car has become the most valuable of the “modern era”.

The Ferrari F2003 was sold for an immense £12.6million, breaking the previous record, which was also held by an old Schumacher model.

The car was the one in which Schumacher won his sixth Formula One world title.

After his accident Schumacher was placed in a medically induced coma until June 2014 and is now back home near Lake Geneva in Switzerland with his family.

His condition has remained a closely guarded secret, with his wife Corinna preferring to treat her husband privately at their home in Geneva, Switzerland.

Corinna, 53, broke down in tears when the F1 legend was honoured with an award at an emotional ceremony in July.

The Ferrari icon was awarded the State Prize of North Rhine-Westphalia.

F1 boss Jean Todt is who is one of the only people outside Schumacher’s family and medical team still allowed to see him.

Todt revealed Schumacher is “in good hands” as he revealed he visits the stricken star three times a week.

He previously shared details about the star’s condition and said he “hopes the world” will be able to see his dear friend again, adding Schumacher has “never changed”.

“I don’t leave him alone. Him, Corinna, the family, we’ve had so many experiences together,” said Todt.

“The beauty of what we have experienced is part of us and it goes on.

“Sometimes success and money changes you. But Michael has never changed. He’s so strong.”