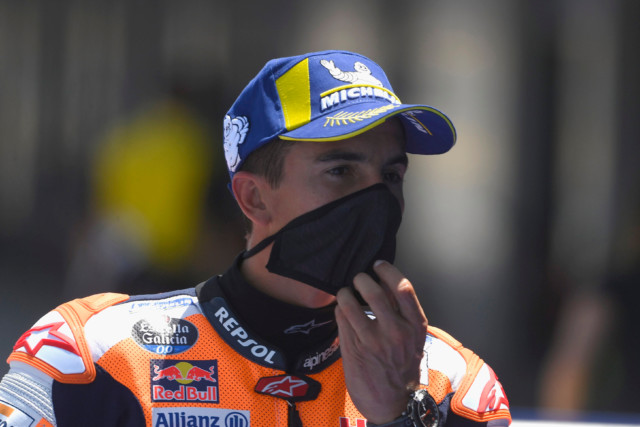 THE MOTO GP season kicks on this weekend with the Andalucia Grand Prix.

Fabio Quartararo claimed his second MotoGP pole of 2020 after qualifying, but reigning champ Marc Marquez has announced he will NOT race because of an arm injury.

Marquez, 27, failed to set a lap time during qualifying in Jerez, and has now withdrawn just four days after having surgery on his wrist.

“This morning [FP3] it was not so bad, but understanding that ‘not so bad’ is still pain because it’s a broken bone but he could still go and the plan for the afternoon was to try a longer run. In the longer run, probably because of the laps and the heat, he started to feel more pain and feel not so comfortable.”

“We decided to go with the plan, to come here, skip Friday and try Saturday. This morning was like a test to see if he could ride the bike and it was OK, then in the afternoon finally we saw it was not so east. So we have decided that it is best not to race.”

What time does MotoGP Andalucia start?

What TV channel is MotoGP Andalucia on and can I live stream it?

Can I watch MotoGP Spain for FREE?