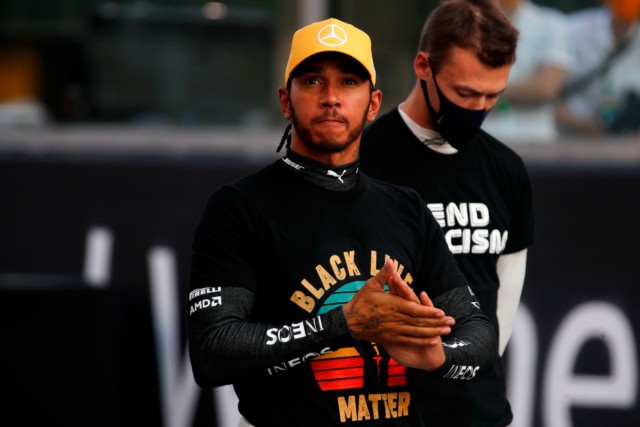 NETFLIX have announced that the third installment of their popular Formula One show will be available to watch from March 19th.

F1: Drive to Survive 3, will be a 10-part series recapping on the stories from the 2020 Covid-hit season.

F1: Drive to Survive 3 will drop on Netflix next month

It will kick off with stories behind why the opening race in Australia was cancelled.

And go through to Romain Grosjean’s miraculous escape in Bahrain when his Haas car hit the barriers and burst into fire.

The show will take in Lewis Hamilton’s record-equalling seventh world title and the drama behind the scenes.

‘Drive to Survive’ is produced by Academy Award winner James Gay Rees and Paul Martin for Box to Box Films.

An F1 statement said series three is “the most dramatic season to date”.

They also said “fans will once again be taken behind the scenes, to witness first-hand how the drivers and teams battle it out for victory in a year like no other”.

Meanwhile, previously reported that Hamilton and Fernando Alonso will go head-to-head before a wheel has turned this season.

Hamilton’s Mercedes team will launch their challenger for 2021 on March 2 – and now the newly-rebranded Alpine team have picked the same date.

It means both will be vying for coverage, as Alpine unveil their new livery since changing their name from Renault.

Alonso, who drives for the French team, is recovering after undergoing surgery on a broken jaw following an accident on his bike in Switzerland.

The 39-year-old is making his F1 comeback this year after quitting McLaren in 2018.