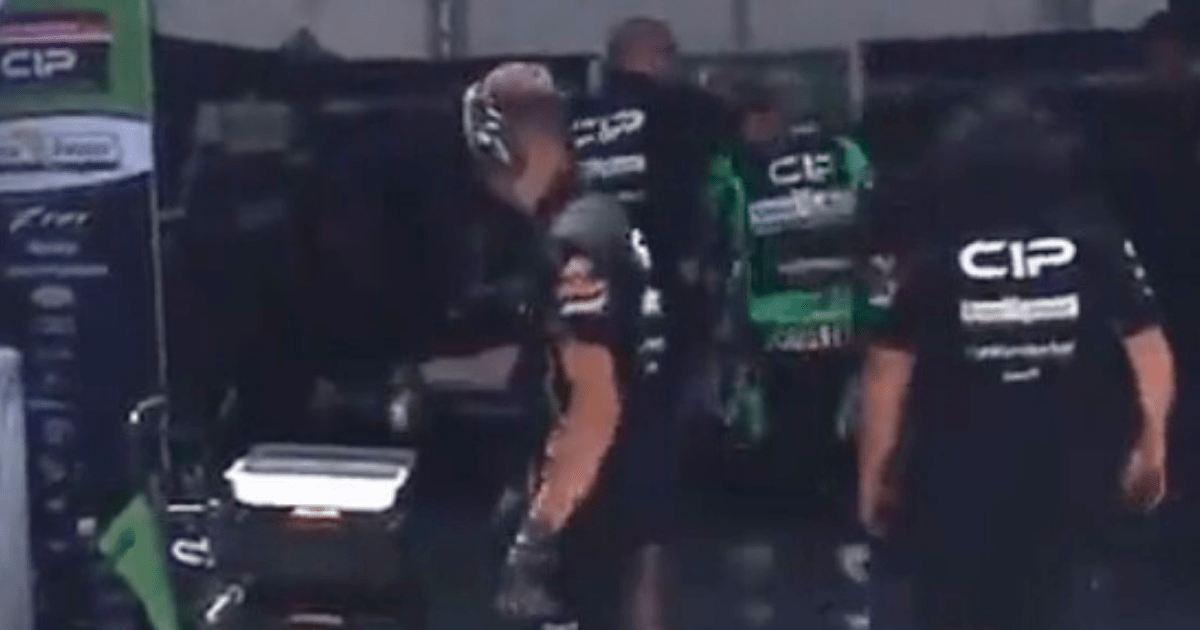 MOTOGP star Aleix Espargaro says he has “never been so angry” after a shocking clip surfaced of a mechanic assaulting Tom-Booth Amos from 2019.

The unbelievable footage showed the Moto3 rider repeatedly being kicked and beaten up by one of his engineers.

This is the only thing being talked about in the paddock tonight: frankly unbelievable footage of a mechanic attacking Moto3 rider Tom Booth Amos in the garage after the 2019 race at Buriram pic.twitter.com/8meawe4iJk

The video of the vile incident appeared online for the first time during last weekend’s Thai Grand Prix.

After it went viral, the Shropshire-born Booth-Amos soon took to Instagram to confirm that he had “kept quiet” for three years as it was his “dream to stay in the paddock”.

The 26-year-old only lasted that year with the third-tier CIP Moto KTM team.

He added: “There was a lot of issues with the team that year that was never spoken about.”

That led to Espargaro, who is currently third in the MotoGP title race, telling The Race after watching the footage: “I saw the video, and I’ve never been that angry in all my career.

“I’ve never seen something like this in a paddock, and I called [MotoGP sporting director] Carlos Ezpeleta and I talked with him.

“I’m nobody to decide, but I feel like I’m one of the old men of this paddock after almost 20 years in it.

“We have no riders’ union, but I think that it’s right that the moral riders speak up when something like this happens.”

Espargaro, 33, added: “For me this guy has to be out of the paddock, and Dorna has to go to the courts with him.

“This is something that we’ve seen in other places, and this is even more dangerous.”