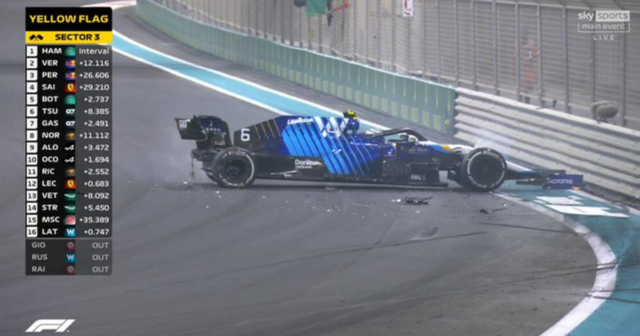 WILLIAMS star Nicholas Latifi has revealed he has been sent DEATH THREATS following his pivotal crash at the Abu Dhabi Grand Prix.

The Canadian went into the barriers with just five laps left at the dramatic season-ender.

His shunt brought out the safety car with Mercedes flier Lewis Hamilton leading and in prime position to claim a record eighth world title.

But a controversial decision to allow some lapped cars past before racing resumed gifted Red Bull’s Max Verstappen victory over his championship rival.

Latifi has since remained tight-lipped about his involvement in the drama but has now spoken out over the barrage of ‘hate and abuse’ he has received online.

He said in a statement: “I’ve purposely been staying away from social media to kind of let things settle down from the events of the last race.

“A lot has been made of the situation that came about after my retirement in Abu Dhabi.

“I’ve received thousands of messages to my social media accounts – publicly and via DMs. Most have been supportive, but there’s been a lot of hate and abuse, too.

“I’ve been trying to figure out the best way to go about handling this. Do I ignore it and carry on? Or do I address it and tackle the bigger issue that is sadly a reality when you use social media?

“This isn’t some scripted statement, but rather me speaking my mind in the hope that this maybe sparks another conversation about online bullying and the drastic consequences it can have on people.

“Using social media as a channel to attack somebody with messages of hate, abuse and threats of violence is shocking – and something I am calling out.”

The 26-year-old was so worried about the abuse he knew would come his way following the controversy that he deleted social media apps from his phone.

He added: “The ensuing hate, abuse, and threats on social media were not really a surprise to me as it’s just the stark reality of the world we live in right now. 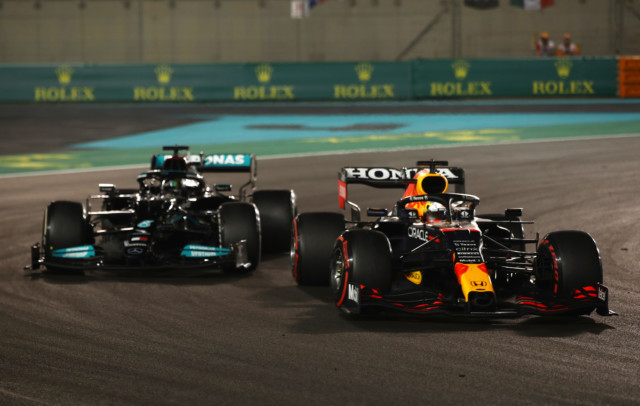 “I’m no stranger to being talked about negatively online, I think every sports person who competes on the world stage knows they’re under extreme scrutiny and this comes with the territory sometimes.

“But as we’ve seen time and time again, across all different sports, it only takes one incident at the wrong time to have things completely blown out of proportion and bring out the worst in people who are so-called ‘fans’ of the sport.

“What shocked me was the extreme tone of the hate, abuse, and even the death threats I received.”

F1 officials rejected the complaints and Merc eventually declined to appeal to the FIA court, leaving Verstappen to be crowned champion last Thursday.