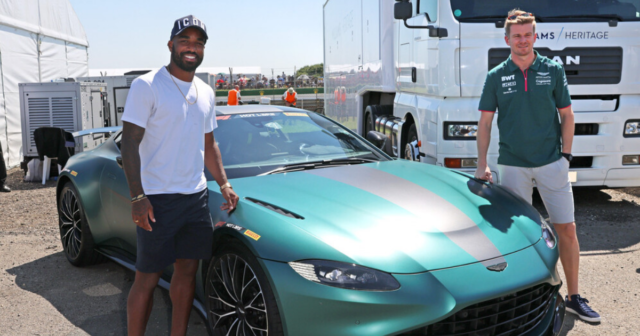 NICO HULKENBERG believes it is now or never for his return to Formula One, with some extra motivation arriving later this year.

The German and partner Egle are expecting their first child in September, with Hulkenberg remarking that his daughter won’t slow him down.

He told Bild: “What I know [is] my daughter will certainly not slow me down.

“The due date is in September. A New Year’s Eve baby, you could say..!”

Hulkenberg, 33, holds the record for the most Grand Prix entrances without a podium finish.

Yet he remains a fan favourite after over a decade racing for Williams, Force India and Renault.

Currently Aston Martin’s reserve driver, he will likely have to look elsewhere for a seat in 2022 with Haas and Williams rumoured to be his best options in a make or break scenario.

He said: “The break has made my life a bit more relaxed, of course.

“As a Formula One driver, you are analysed and under constant scrutiny by the team and the engineers.

“You only really become aware of the constant pressure once you’re out. But having this distance felt good because it gave me the chance to reflect on the last ten years.

“Fernando Alonso was out for two years and came back. But he’s also a two-time world champion.

“I think that’s how realistic I have to be. If it doesn’t work out now, then my F1 chapter is over.

“I’ve had enough time to think about everything. Of course, I made one or two mistakes, maybe my career would have turned out differently. But I don’t regret much.”

Did you miss our previous article…
https://www.sportingexcitement.com/formula-1/lewis-hamilton-sent-vile-racist-abuse-by-sick-instagram-trolls-after-f1-stars-crash-with-max-verstappen-at-british-gp