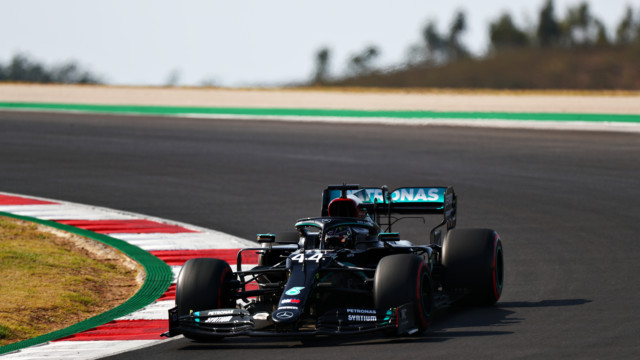 LEWIS HAMILTON will start the Portuguese Grand Prix at the front of the grid after securing yet another pole.

The reigning world champion is aiming to become the outright record holder for F1 wins this season.

Lewis Hamilton in action during qualifying for the Portugal GP 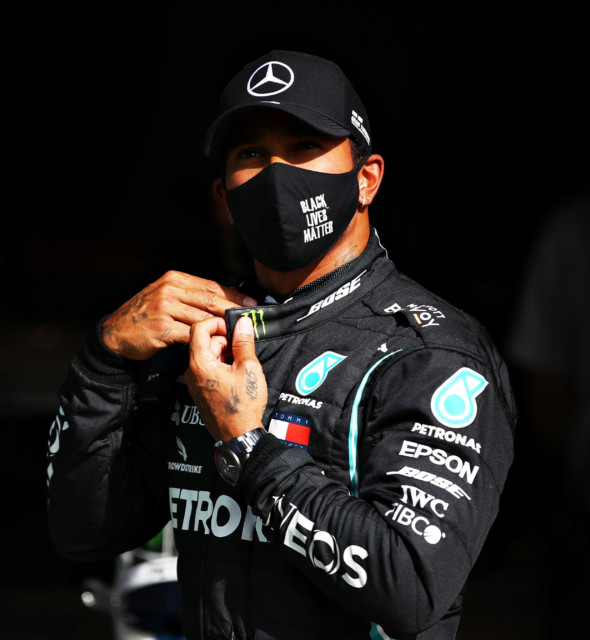 And on medium tyres, he delivered the goods to pip his team-mate once more.

Valtteri Bottas was the quickest driver in all the practice sessions and the first two qualifying sessions.

And his one flying lap of 1:16.986 looked to be enough to secure his place at the front of the grid for tomorrow’s race.

However, the Brit proved his class with a 1:16.652 lap at the end of qualifying to secure a 97th F1 pole and another Mercedes one-two.

He said: “I can’t tell you how hard that was today!

“I’ve just seen that Valtteri topped every session, and I’ve just been digging to find the time.

“I chose to do three laps laps to have a chance to beat his time.”

Verstappen will start third with Charles Leclerc joining him on the second row.

Qualifying at the Algarve International Circuit was delayed by 30 minutes after Sebastian Vettel managed to knock out a drain cover.

Once that was finally repaired, Q1 got underway with Hamilton, Verstappen and Bottas the early pace-setters.

George Russell pipped Kimi Raikkonen into Q2 before Vettel was the slowest of the five dumped out in the second qualifying session.

Ricciardo survived into Q3 despite locking up and skidding backwards into the tyre wall.

The moment the drain cover came off (that's Seb) 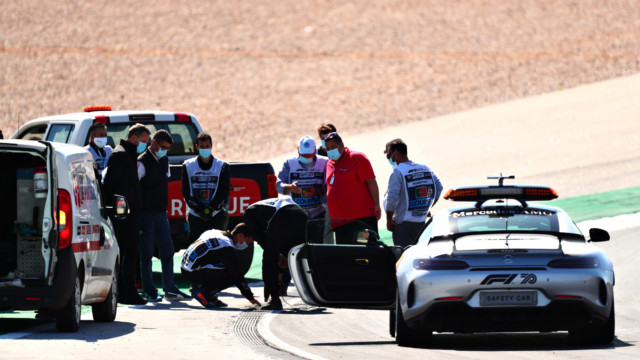 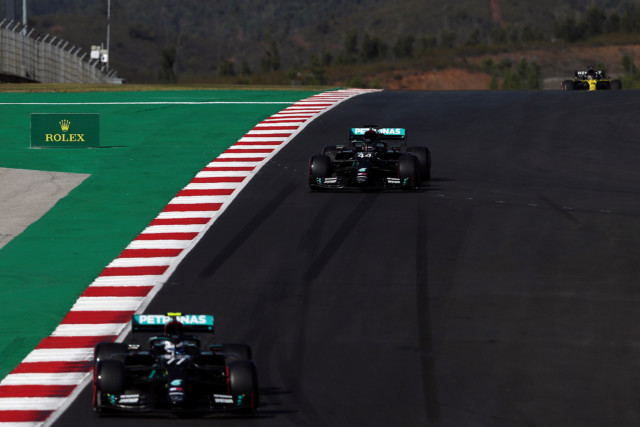 Valtteri Bottas, front, was quicker than his team-mate for virtually all of practice and qualifying before he was pipped by Hamilton
Advertisement. Scroll to continue reading.
In this article:grandprix, Hamilton, lewishamilton, valtteribottas