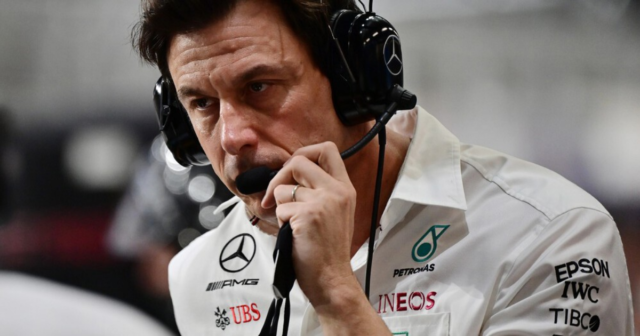 FORMULA ONE fans will no longer be able to hear radio conversations between team bosses and race directors, according to reports.

Previously exchanges were broadcasted to F1 supporters, which culminated in the controversy during 2021 season finale.

But that will be no more as of the 2022 campaign, according to reports.

German outlet Bild claim talks between team bosses and race management will be censored for the upcoming season.

They report new FIA President Mohammed Ben Sulayem has confirmed the changes for the 2022 calendar.

Fans were able to listen in on discussions between former race director Michael Masi and team bosses during the now infamous Bahrain GP in December.

Masi was later sacked for his role in the race after allowing Verstappen the chance to overtake Lewis Hamilton with half a lap left of the season.

He was accused of being manipulated by Red Bull to set-up a final lap showdown between Hamilton and Verstappen.

The Australian will be replaced by Eduardo Freitas and Niels Wittich, with the latter expected to act as a deputy.

As of 2022 race directors will also benefit from the use video referees, who will review decisions mid-race.

Only selected discussions will be aired to fans, and also on a time delay from live events.

In this article:beable, formulaone, nolonger