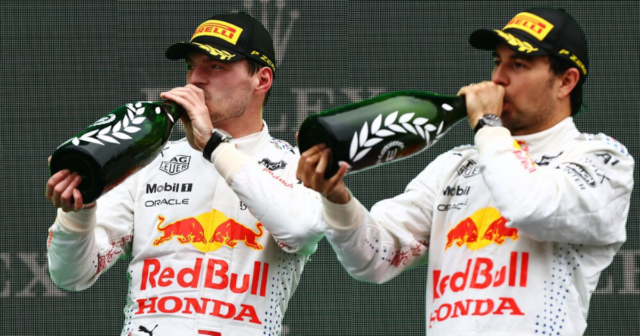 MERCEDES and Red Bull’s ongoing rivalry has extended further than just on the track.

The two teams have been involved in a hilarious social media exchange after the weekend’s Turkish GP.

Verstappen (L) and Perez celebrate on the podium in Istanbul 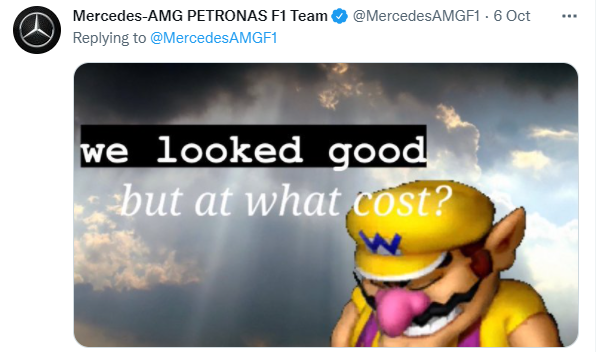 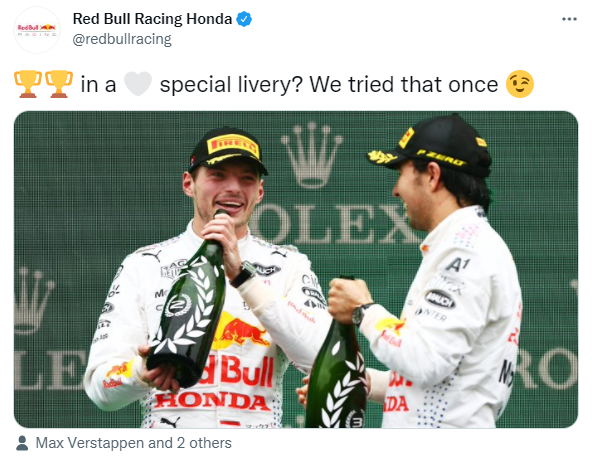 Red Bull’s cars raced in a special one-off livery in Istanbul that paid tribute to engine manufacturer Honda – who are leaving F1 at the end of the season.

And the Mercedes social media team took some time out of their battle for the constructors title ahead of the weekend to predict a tough race for their rivals.

Mercedes themselves used a special 125th year livery at the 2019 German GP – which saw crashes for both Lewis Hamilton and Valteri Bottas.

Their Twitter account posted pictures from that day, with the caption: “Special livery? We tried that once.”

They then followed it up with a meme that read: “We looked good, but at what cost?”

But after Max Verstappen and Sergio Perez finished second and third for Red Bull, their own social media team responded in sensational style.

They tweeted a picture of the pair on the podium, with two trophy emojis, saying: “[Two podiums] in a special livery? We tried that once,” followed by a winking face.

And that wasn’t all – with Red Bull really hammering the nail in.

They posted a follow-up tweet with video highlights from the weekend’s two-three, saying: “Curse? What curse? Rounding off a great weekend for the Bulls.” 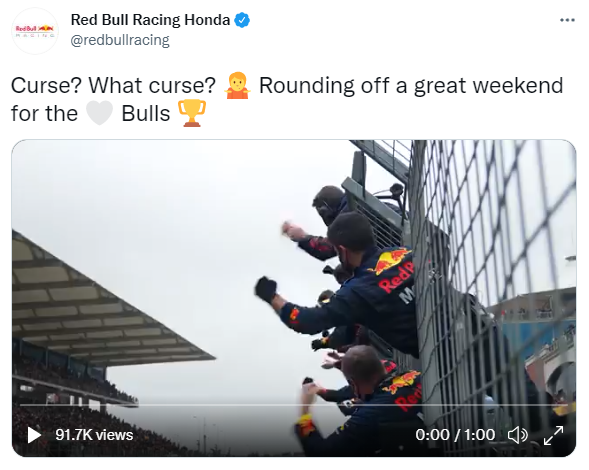 But to their credit Mercedes came back with a hilarious response.

Replying to Red Bull’s tweet, they posted a picture from the Netflix sensation Squid Game of the ‘killer doll’ which has gone viral in recent days.

After all their own Valteri Bottas did end up winning in Istanbul to extend their lead over Red Bull at the top of the constructors standings.

However Hamilton could only manage fifth after a late pit-stop, leaving him trailing Verstappen by six points in the driver standings with five races left in the season. 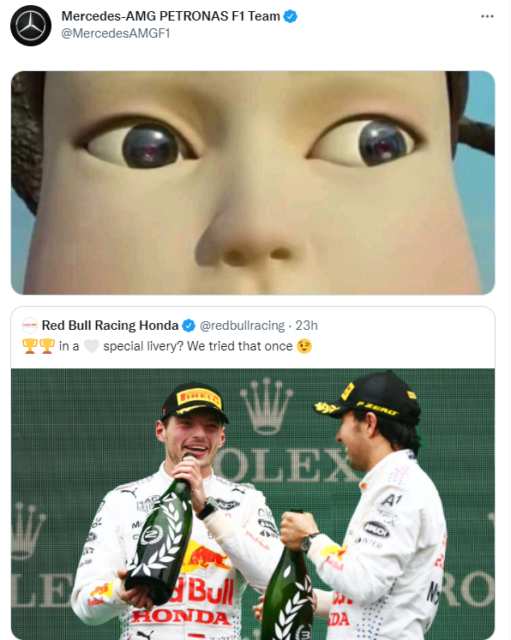