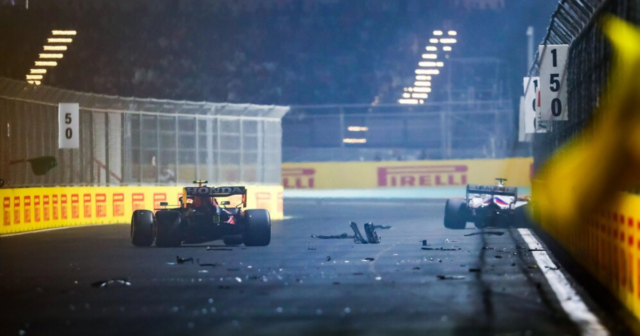 FORMULA 1 will ‘fine-tune’ the Saudi Arabia Grand Prix but it will not be overhauled despite being described as ‘scary’ by Red Bull driver Sergio Perez.

There were a host of crashes throughout the weekend in Jeddah as the new circuit’s debut on the F1 calendar brought with it both drama and danger. 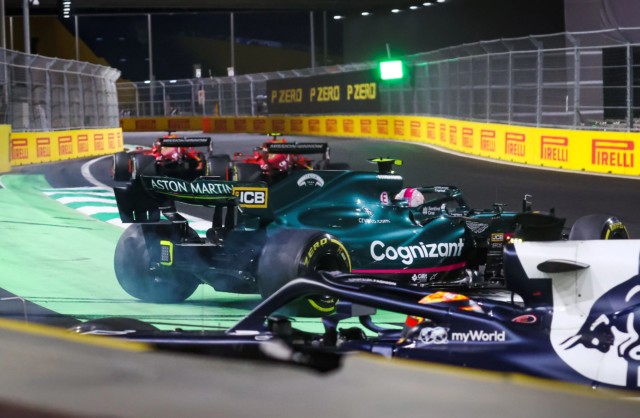 Vettel, who did not finish the race, came together with Raikkonen and was then spun by Tsunoda

A series of incidents occurred in the F1 race throughout the practice sessions and race itself, with five of the 20 cars failing to finish on Sunday.

And there was also a horror collision in the F2 race when Enzo Fittipaldi smashed into the back of Theo Pourchaire after he stalled on the grid.

Yet despite all of the accidents – and two race restarts in the F1 race due to red flags – FIA race director Michael Masi does not believe there needs to be wholesale change to the track.

He told motorsport.com: “I think here in Saudi Arabia they’ve done a brilliant job of putting this amazing facility together in such a short time frame, which is a credit to everyone involved.

“There is some fine-tuning that will happen across the board. There were some teething issues [with it] being a brand new event, brand new facility, on the whole of things.

“There’ll be some fine-tuning but nothing in a major way that I envisage here and now.” 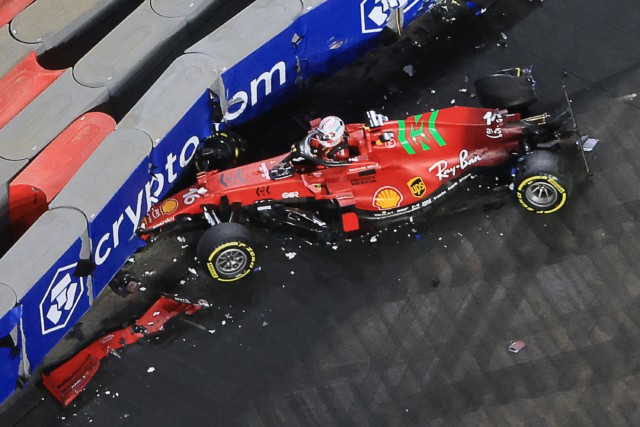 Leclerc crashed into the barriers during the second practice session 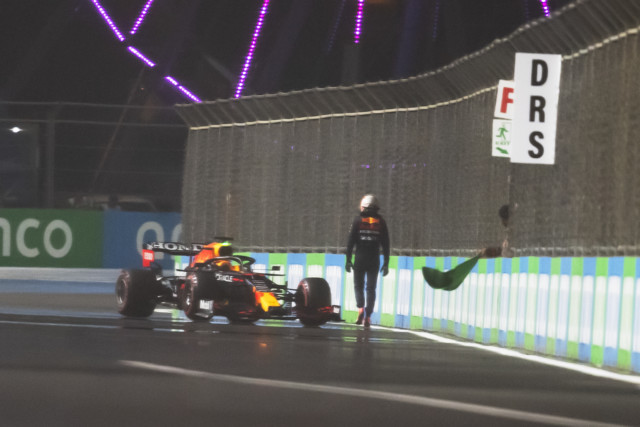 Perez was clipped by Leclerc at the first restart

The alarm bells were ringing in the F1 paddock during the weekend as it became apparent the risks that were being taken to navigate the circuit.

And Red Bull driver Perez was one of the first to vocalise his concern for the safety of those in the cars.

Speaking after qualifying but ahead of the race, he said: “It’s a really nice circuit, very dangerous though in terms of there is a lot of straights that are turning, cornering and blind corners.

“When you look at some of the onboards it’s quite scary. I hope nothing [bad] happens tomorrow.

“I just feel the track is a bit too risky without reason, with the speeds we are doing with the deltas around the track from some other cars, and it’s a bit unnecessary.”

Lewis Hamilton went on to win the Saudi Arabia GP ahead of world title rival Max Verstappen after a remarkable battle between the pair. 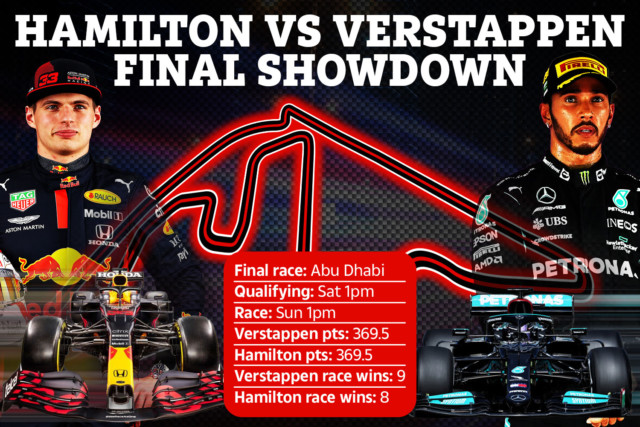 Hamilton and Verstappen are now LEVEL on points heading into the season finale in Abu Dhabi this weekend.

The 24-year-old Dutchman holds a slender advantage ahead of the title decider having won nine races compared to Hamilton’s eight.

But the seven-time champion is on a three-race winning streak and will be confident he can clinch a record-breaking eighth championship.