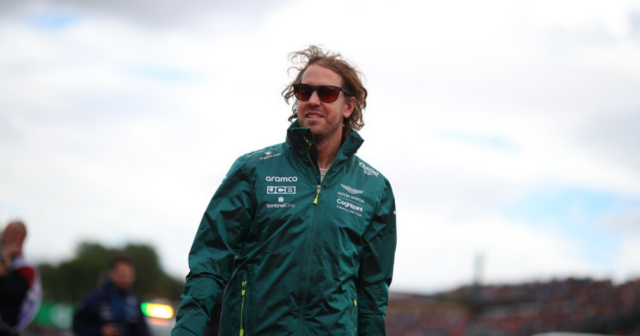 SEBASTIAN VETTEL has been offered a chance to return to motorsport, with Formula One’s sister sport Formula E.

Vettel announced his retirement from F1 last month after 15 years in the sport.

Sebastian Vettel could race in Formula E next year

But the four-time world champion could make a stunning return to racing in Formula E after being told he is more than welcome to join by former driver Lucas di Grassi.

Grassi told the Independent: “I would love it! We raced together many times, me and Vettel. In Formula 3 we did two years together.”

Environmental causes are something close to Vettel’s heart, and he has been a regular campaigner for change within F1 to make the sport go green.

“It would be amazing to have him race here. I think a lot of sustainability talk in Formula One are not really making any difference,” Grassi added.

“Like saying don’t use fossil fuels, and being sponsored by Aramco, does not really say much.

“So people like Vettel, he has become in the last few years much more conscious about the state of the world and what he can do to make it better, using his platform as a sportsman to try to make the world a better place.

“I think it’s very noble of him, he could just do his racing, stop, buy a boat and stay somewhere. It would be a pleasure to have him racing with us.”

Last year Vettel gave a stark warning about the future of F1, saying the sport could die out if it keeps making environmental mistakes.

F1 has taken steps to improve its green footprint in recent years, with measures to increase sustainability and create more efficient engines.

Vettel said: “We live in a time where we have innovations and possibilities to arguably make Formula One green as well, and not lose any of the spectacle, of the excitement, of the speed, of the challenge, of the passion.

“If anything, we have so many clever people and engineering power here, we could come up with solutions.

“I think there are certain things that people are talking about for the future of the sport in terms of regulations, that could shift the change and shift into more relevant changes.

“And I feel if they come, that’s a good thing for Formula One, and it’s also a vital thing.

“We are at the stage where we know we’ve done mistakes, and we have no time to keep doing mistakes.”

Did you miss our previous article…
https://www.sportingexcitement.com/formula-1/lewis-hamiltons-mercedes-team-mate-george-russell-looks-unrecognisable-as-cute-schoolkid-in-cute-throwback-photo/