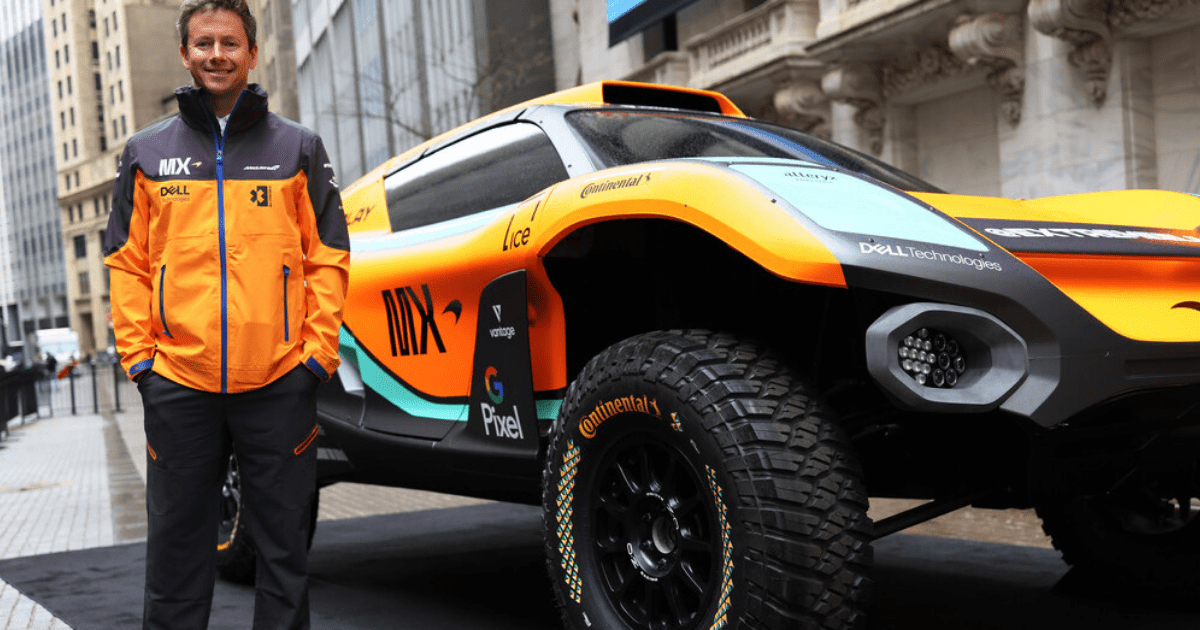 TANNER FOUST is hoping McLaren commit to another season in Extreme E – the championship he says is like “rallycross on steroids”.

US racer Foust has driven everything from the General Lee in the Dukes of Hazzard films to monster trucks.

But he has been overwhelmed by the all-electric off-road car, called the Odyssey, he drives in the championship.

He said: “I’ve been fortunate to race in a lot of different stuff in random types of motorsport, but I always underestimate the Odyssey and how quickly it covers ground.

“It’s a big machine and when you do a track walk here you are trying to estimate where you’re braking and how fast you’ll be going through corners, I’m always completely wrong.

“The racing format has also kind of gone away from adventure racing in difficult terrain to rallycross on steroids.

“You have these machines that can handle way more jumps and damage than a rallycross car.

“I keep asking anybody who has a McLaren logo on their shirt whether we are committed for next year or not.

“I have not heard any announcement but Emma Gilmour and I both really hope to be.

“We’ve really enjoyed this season and feel like we’ve gained some momentum. So hopefully an announcement will come soon.”

Foust was speaking ahead of the final race of the season in Punta del Este in Uruguay where part of Extreme E’s plan is to run legacy programmes to help the environment.

One such project involved marine conservation and him spending some time in the ocean.

He added: “I’m a biology major and I have not talked about that or done anything with it except try to remember things to teach my daughter.

“So it’s fascinating to hang out with the scientists and each of these locations. Out here in Uruguay, we went swimming with sea lions, which where I live they’re not the friendliest animals.

“On this side of the planet they’re quite friendly, inquisitive and fun to swim with strangely, they still smell the same!”