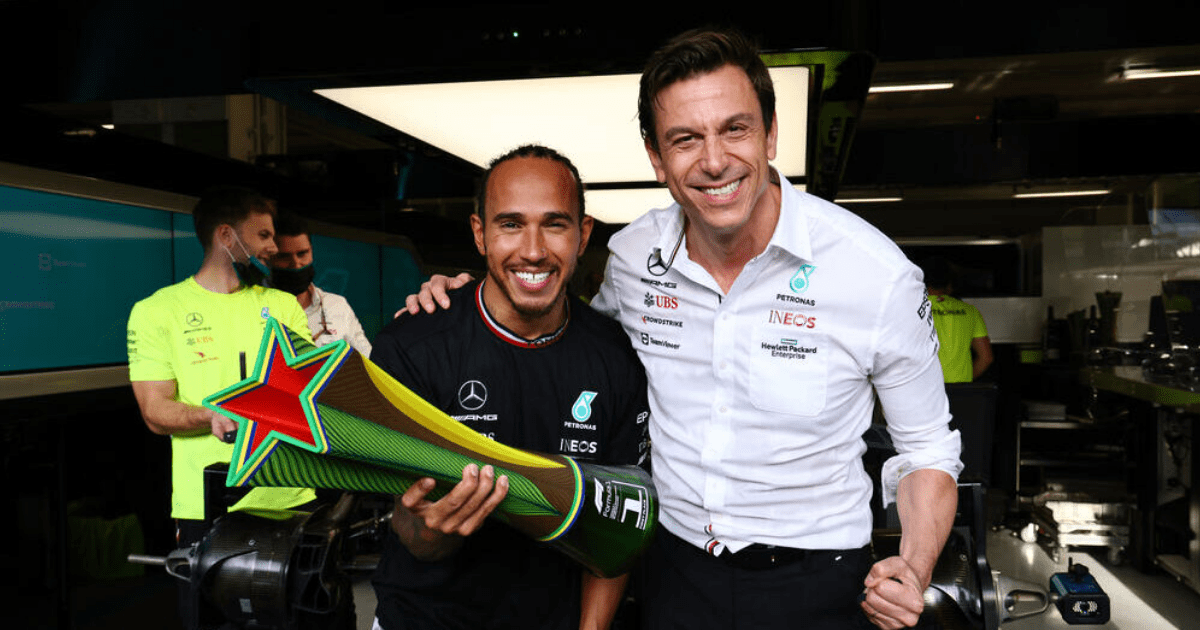 Perez, 32, was linked with the seat amid Hamilton’s poor run of form earlier this year.

Wolff has no intention to replace Hamilton next year

Perez was linked with the seat

The Mercedes man has struggled to compete with both Red Bull and Ferrari since the F1 season began in March, leaving him increasingly frustrated.

But, while some reports have hinted that the seven-time world champion could leave or even retire at the end of this year, Wolff has revealed that there are no plans to replace him, especially with Red Bull’s Perez.

When speaking to Motorsport.com, he said: “It’s complete bull****.

“I never called Sergio, he’s a good guy and I respect him, but I never talked to him and I was not in contact with any other driver.

“Lewis and I, even in the face of a not-so-encouraging scenario like the beginning of this season, we are always aligned in wanting to try to make things better and to be together next year.

“And we’ve been telling each other for a couple of months that we could go on, maybe five or 10 years, right? So none of that is true.”

Hamilton has struggled to get to grips with the new-look Mercedes car this year.

He began the season with a third place finish at the Bahrain Grand Prix before gradually slipping down the grid over the weeks that followed.

However, he managed a podium finish in each of his last four races and has since vowed to rival Red Bull and Max Verstappen once again after the summer break.

He told Sky Sports: “The other guys have an edge but we are clearly closing the gap. Hopefully we can bring some more into the second half of the season and start fighting with them.”

He has finished in the top five in every race so far, except the British Grand Prix, where he was forced to retire after getting caught up in Zhou Guanyu’s horrific crash.