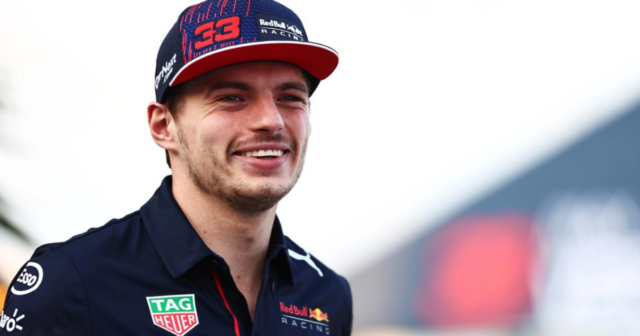 MAX VERSTAPPEN should be slapped with a penalty for ‘forcing’ Lewis Hamilton off track – according to former F1 driver, Jolyon Palmer.

That is even though the star denies he did nothing wrong.

FIA stewards will today decide if they need to review the flashpoint from the Brazilian GP where Hamilton and Verstappen went off track when fighting for the lead.

If they do decide to investigate, Verstappen could be hit with a time penalty, which would cost him a drop in points, or he could risk a grid drop for this Sunday’s Qatar GP.

And Palmer says that the stewards have a big call to make with regard to setting a benchmark going forward, but for him, the Dutchman WAS in the wrong.

He said: “I’m dubious about the decision. For me, it raises questions about precedents for racing in the future — and from a sporting point of view, it didn’t make sense to me.

“I’m sure that this was an immensely tough decision for the stewards to make, given everything at stake with their decision here, and the weight of the outcome hanging over them.

“But for me, it was a clear case of forcing another driver off track.

“Had Verstappen managed to at least stay on the track himself then I think we would be in the grey area seen so many times already this year.

“Is it hard defence and the driver on the outside has to back off, or is it squeezing another driver off the road?

“If this sort of defensive manoeuvre is now acceptable, how can we expect another move to be completed around the outside, so long as there is the ever more popular asphalt run-off?”

Red Bull man Verstappen is waiting to learn if he will face any punishment for running Hamilton off the road in Sao Paulo.

But when quizzed if he would do the defence again on turn four of lap 48 at Interlagos, Verstappen said: “Yes. As a driver, I think we know exactly what we can and can’t do in the car.

“We were fighting hard, breaking late into the corner and the tyres were worn. If I had turned more abruptly to the left he would have just spun off.”

Mercedes were today trying to convince the stewards from the race in Brazil to reconsider their decision not to punish Verstappen at the time.

It is baffling that it has taken over FOUR DAYS to come to a decision – yet the FIA are concerned about opening up a can of worms when it comes to future punishments.

When quizzed if he watched the footage from his car, which Mercedes are using in the hope of reexamining the case, Verstappen said: “No. I didn’t need to look at the footage because I was driving the car and I knew exactly what happened.

“Like I said, I thought it was a great battle and I had a lot of fun. At the end of the day they won the race – far enough they were faster than us but it was a good battle.

“I think it is quite normal when it is between two teams, not just one team with two drivers.

And then asked if he would be surprised if he picked up a time penalty for the result in Brazil, he added: “If, if if….

“It is not the end of the world but I don’t expect that to happen, I think it was fair and hard racing between two guys fighting for the championship.

“It wouldn’t have been in any way an easy pass and we are fighting for the title. I was trying my best but my tyres were finished so I was just sliding to the finish.”

Hamilton was coy on his opinion on the flashpoint, but while he initially brushed it off as hard racing, he now said he had changed his opinions.

He said: “I think the reason I said at the time was the mentality you have to take. If you sit in the car at the moment and complain it will only hold you back.

“It is difficult to judge when you haven’t seen all the angles, of course I’ve relooked at it and I have a different viewpoint, naturally now.

“Right now, I know the team are in discussion so I am just leaving them to it. Respect is important and that we remain respectful of one another on and off track.”

Meanwhile, Mercedes are expected to face fresh scrutiny over the rear wing on Hamilton’s car, which was confiscated in Brazil and saw him disqualified from qualifying.

Red Bull want further questions answered about the legality of the wing that failed the FIA’s test.