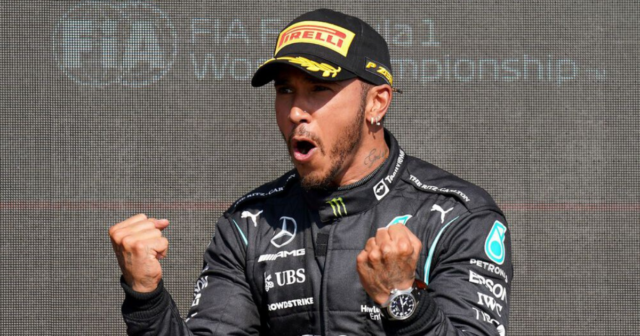 The Brit attempted to take the lead in a titanic battle at Silverstone, which ended with Verstappen being clipped from behind and hurtling into the barrier at 180mph.

Formula One stewards handed out a ten-second time penalty to Hamilton, 36, despite his claims that he was alongside Verstappen and therefore allowed to attempt the risky overtake.

He tweeted after the race: “Glad I’m ok.

“Watching the celebrations while still in hospital is disrespectful and unsportsmanlike behavior but we move on.”

Hamilton had asked his team radio if Verstappen was okay while nursing his slightly damaged Merc back to the pits, once the race had been temporarily red-flagged to clear the wreckage.

Horner, 47, had claimed the victory must feel ‘hollow’ for the reigning world champion.

He said: “Thank goodness the biggest result for us today is [Max] was uninjured.

“He’s having to go to hospital for precautionary checks after a 51G accident so I hope Lewis is very happy with himself.”

But Hamilton shot back that he has every fight to enjoy the moment.

“There are 2,000 people that work incredibly hard in my team, it’s not just about me. I said this is not what I want to happen in a race.

“It’s important for all of us to take a step back, I’m sure emotions are running high [at Red Bull] and I know what it’s like to be in that position.”

Having only seen the footage back once when he addressed the matter, Hamilton insisted he had no reason to apologise to Verstappen – having served a penalty that he did not agree with.

The Brit added: “I’ve not seen the footage, I will go and have time to reflect on it.

“I don’t think I’m in a position to have to apologise for anything, we’re out there racing. I’ve heard that Max is in hospital and that definitely concerns me. None of us ever want anyone to get injured.

“I don’t agree with the stewards but I take it on the chin and get on with my job. I’m not going to whine about it, everyone is going to have their opinion but I don’t particularly care what people think.”

Hamilton took the win to cut Verstappen’s advantage to eight points in the championship standings.

It came thanks to a late overtake on Charles Leclerc at the same corner he clashed with Verstappen – and he praised the Ferrari star for his ‘respectful’ approach.

Hamilton noted: “Charles was very respectful in leaving a gap.

“I got somewhere alongside him so he knew I was there, but he stayed committed and took a wider line and nearly kept it.

“That was great racing, for me in that moment I backed out at one point to make sure we didn’t hit each other but it was a really nice balance and how racing should go. 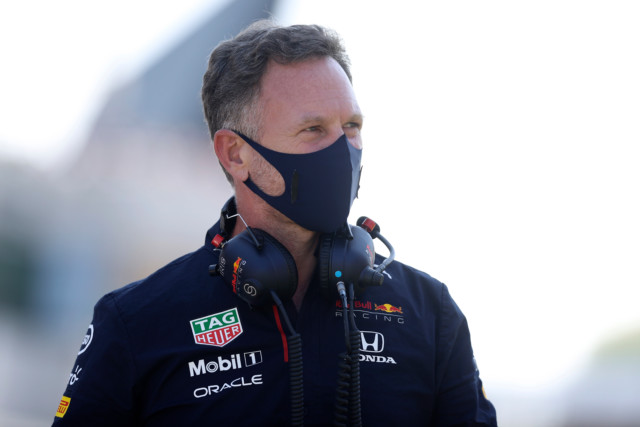 “In a perfect world that’s what would have happened [vs Max] but… different time, different place, different driver.

He added: “Max is probably one of the most aggressive drivers here, in my opinion, he does a great job of course.

“But I think we have to really try and find the best balance on track, with space and respect between one another so that we can continue racing and have good races without colliding.”