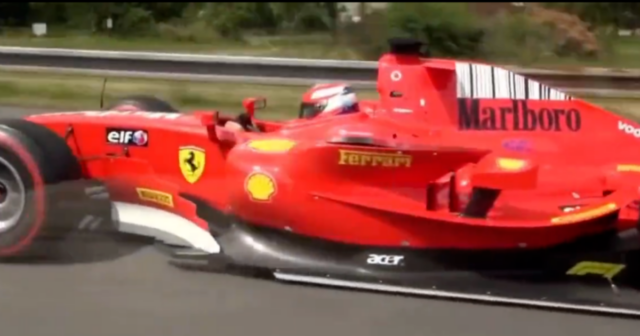 A FORMULA ONE car has been spotted driving down a motorway – leaving fellow road users bemused.

The old Ferrari was filmed speeding along the two-lane highway. 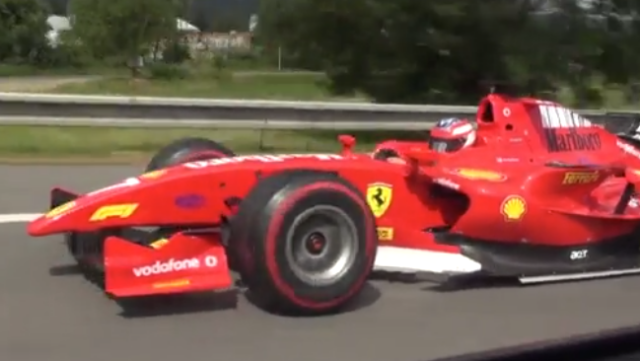 The F1 car was spotted along the D4 motorway which runs out of Prague in the Czech Republic to the border with Germany.

But it is illegal to drive such vehicles on the motorway in the Czech Republic and police have investigated a similar incident that occurred in 2019.

The same car was spotted driving in the same section of motorway, leading police to look into the incident.

The owner of the car was tracked down but the suspect denied he was behind the wheel at the time in question.

And since police could not prove otherwise due to a helmet hiding the driver’s identity, charges could not be brought against the suspect.

That meant the driver avoided a fine worth thousands of pounds and a one-year driving ban.

Social media users found the clip hilarious and some even praised the driver for daring to take his F1 car on the road.

Another added: “We love to see it, be right back just going to grab some milk in the F1 car.”

A third said: “Not all heroes wear capes.”

Did you miss our previous article…
https://www.sportingexcitement.com/formula-1/f1-star-lando-norris-girlfriend-luisinha-oliveira-stuns-in-bikini-on-yacht/