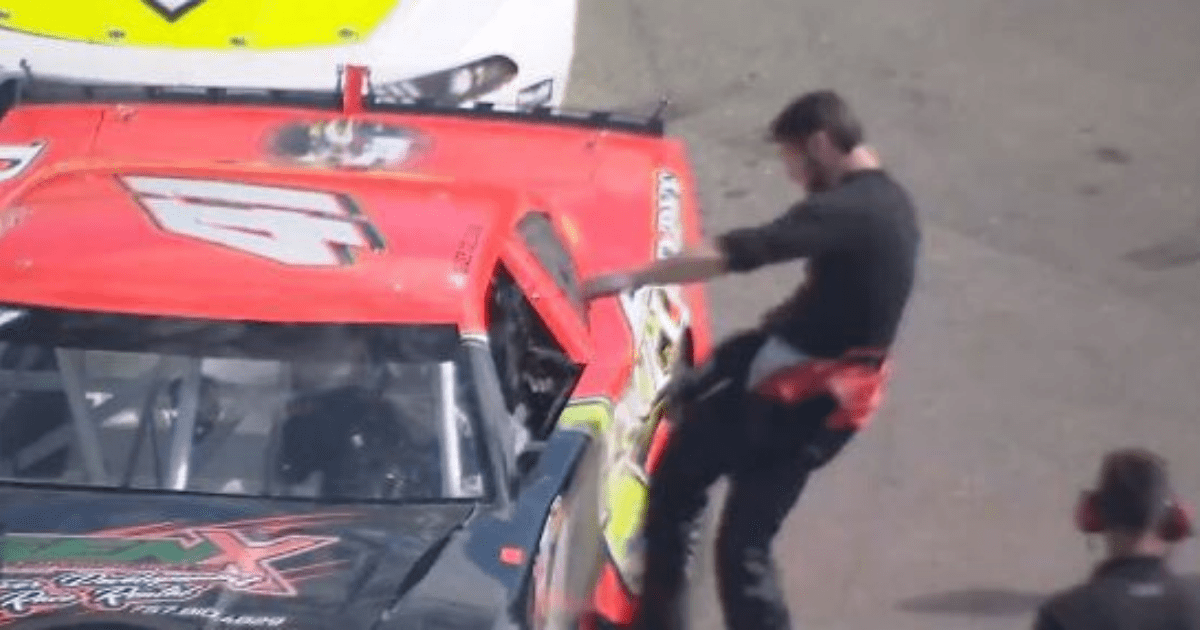 Andrew Grady unleashed the horrific hits at Davey Callihan following an accident in the first heat at Saturday’s Martinsville Speedway in Virginia.

Andrew Grady went on a shocking attack at Saturday;s NASCAR 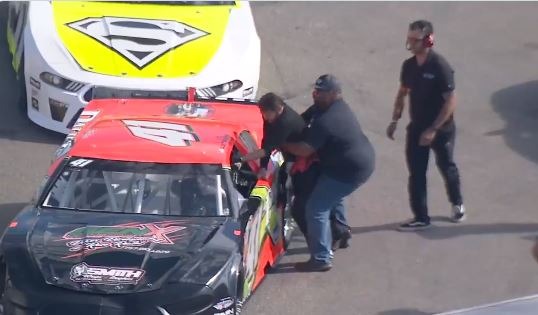 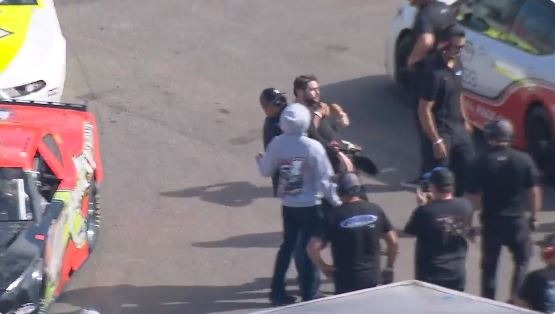 The driver was picked up and carried off to calm down

We've got tempers boiling over at @MartinsvilleSwy

Andrew Grady takes out his frustration on Davey Callihan after an accident in Heat [email protected] pic.twitter.com/DeBkUQ27Xy

The two rivals had driven into the infield before Grady jumped out of his car and ran over to Callihan, who was still sat inside his vehicle.

It is said Callihan showed him the middle finger before Grady pulled down the window netting and repeatedly smashed his foe.

After seven punches, Grady stepped back and booted the door of Callihan’s car.

Three men tried to calm Grady down but he avoided them and returned to Callihan’s window to try and get at him again before being picked up and carried away.

Grady shrugged and told Racing America: “He flipped me off so I started Mike Tyson-ing his head.

“End of the day, we were really, really good. The car was really fast.

“But man… you get these dumba**es that come in here and run with us, and they have no business running a late-model [car] much less a lawn mower.

“I mean… he wasn’t close, he dive-bombed me, he hooked me.

“I wanted to talk to him and he flipped me off. So I started Mike Tyson-ing his head.

“You’re in a big-boy sport. When you wreck a man, you can take a grown-man a** whipping that’s how I feel about it.”

But Callihan denied swearing at Grady and insisted he was ready to have a grown-up conversation.

The NASCAR ace said: “It was for a transfer position at Martinsville. From my perspective, I was there. It was close.

“But you can’t give an inch for the transfer spot when there’s 95 cars and I had to take it.

“It was just hard racing. I do apologise to Grady but we’re fighting for our life out there so I just did what I had to do.

“I never flipped anybody off. He just comes starts punching me inside the race car.

“I understand he’s frustrated, but again it’s for the transfer spot and we were just fighting for our life.”

Advertisement. Scroll to continue reading.
In this article:thecar, turns