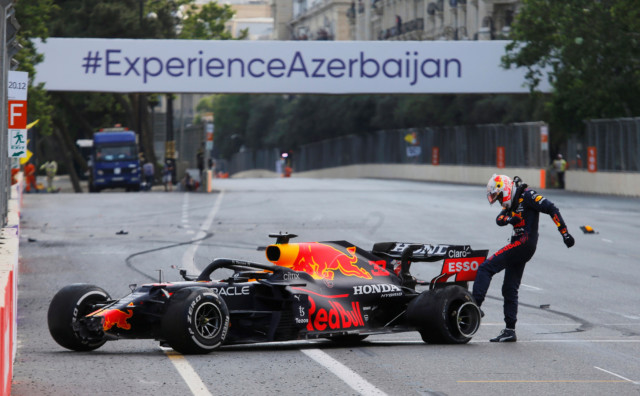 MAX VERSTAPPEN has crashed out of the Azerbaijan Grand Prix – just FOUR laps from victory.

The 23-year-old’s crash is a huge boost to title rival Lewis Hamilton, who is on the verge of returning to the top of the Drivers’ Championship with two laps remaining.

Max Verstappen takes his frustration out on his crashed Red Bull 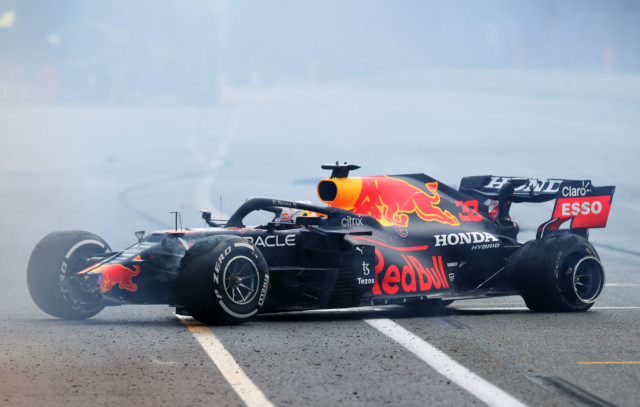 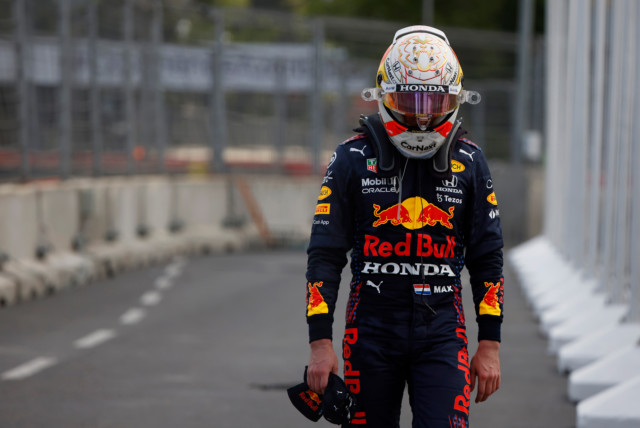 Verstappen, with clear road in front of him, lost control of his Red Bull in the 47th lap and crashed into the wall.

His rear left tyre gave way – the same problem Lance Stroll experienced in his Aston Martin earlier in the race.

The title candidate couldn’t believe his luck, getting out of his knackered vehicle and kicking the faulty tyre in frustration.

He does not appear to have been injured during the crash.

Verstappen then stormed off the track before the race was stopped two laps later.

The crash is a massive boost for title Hamilton, who was on the verge of losing ground in the Drivers’ Championship.

The 36-year-old Brit made a great start to the GP when he over took Charles Leclerc, who failed to take advantage of a second successive pole.

Esteban Ocon was the first retiree of the race, pitting after five laps with an engine problem.

Red Bull pair Verstappen and Sergio Perez then overtook Leclerc to move into second and third respectively and pile pressure on Hamilton.

And then the Mercedes driver had a moment to forget as a 4.6-second pit stop saw him drop back into third.