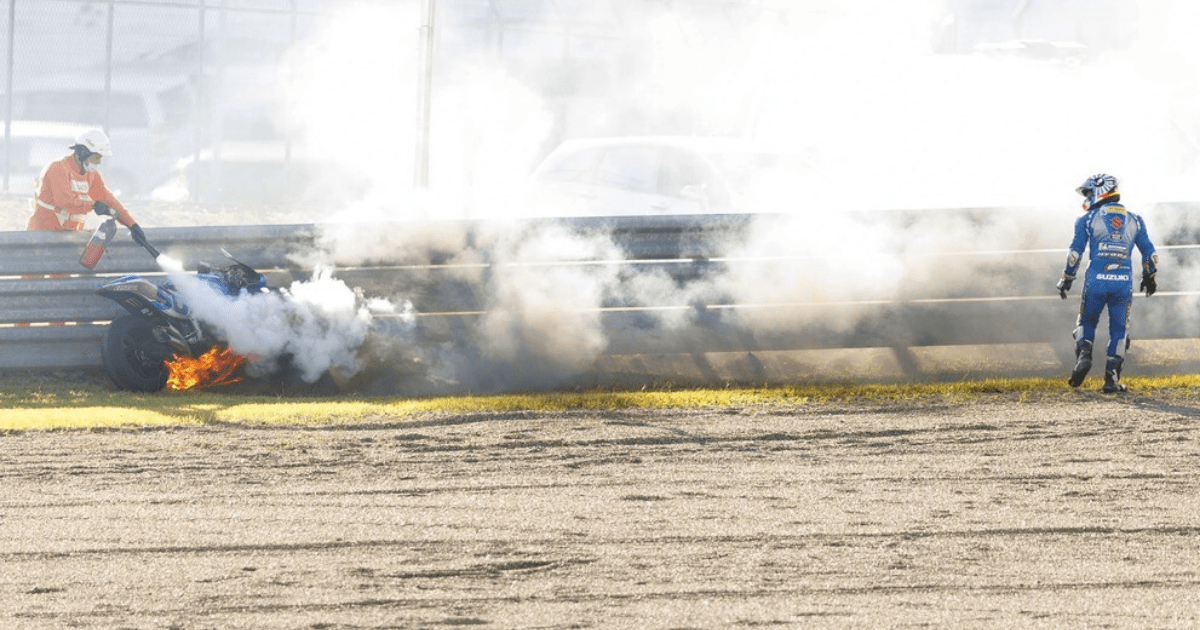 The local favourite, 38, was mid-race when the calamity unfolded.

As the replacement for Joan Mir came through Lap 12 – the sparks broke out within his Team Suzuki Ecstar entry.

Tsuda quickly pulled off the race track at Turn 5 as the flames grew dangerously near the fuel tank.

The race marshals were quick on the scene with a fire extinguisher to stop a potential fireball breaking out.

Luckily, there was no need for a red flag and the race continued.

Tsuda only recently returned to MotoGP in September on a wildcard with Team Suzuki Ecstar.

And once he grabbed a lead on Lap 3, he always seemingly appeared in control.

However, the race was a disaster for the three championship challengers – Bagnaia, Fabio Quartararo and Aleix Espargaro.

Frenchman Quartararo finished all the way down in eighth, while Espargaro recorded a 16th placed finish after he was forced to swap to another Aprilia on the warm-up lap because of a mechanical problem.

It means Quartararo now has an 18-point lead going into next week’s Thailand GP.

Did you miss our previous article…
https://www.sportingexcitement.com/formula-1/daniel-ricciardo-reveals-stunning-girlfriend-heidi-berger-eliminates-stress-after-f1-contract-woes/