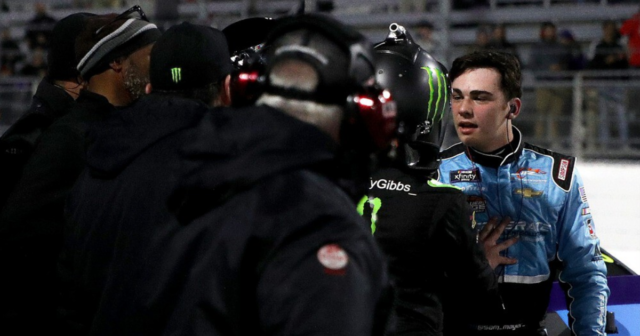 NASCAR pair Ty Gibbs and Sam Mayer got into a furious fistfight in front of stunned fans at the Martinsville Speedway.

Tempers boiled over in the race at Martinsville Speedway.
Gibbs and Mayer traded blows after late drama on the track 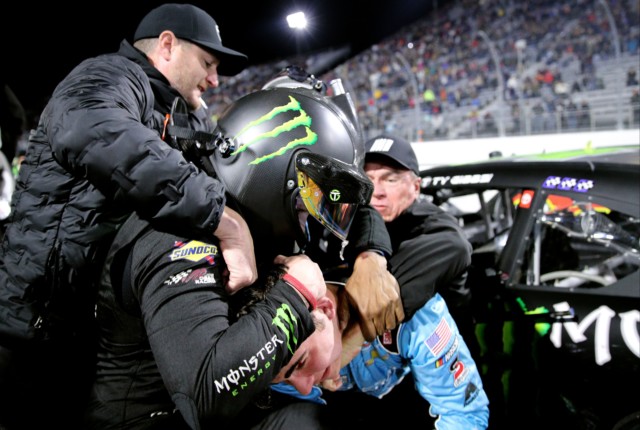 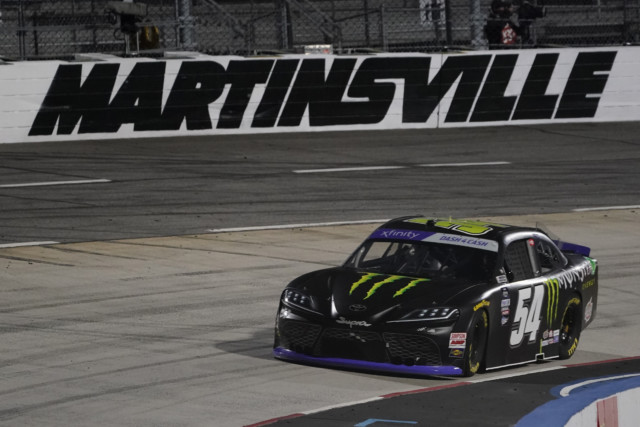 But it was events after the race ended that got tongues wagging, with Gibbs and Mayer brazingly brawling on the track.

Gibbs, the grandson of Super Bowl-winning coach and NASCAR team owner Joe Gibbs, was furious over a racing menouvre from Mayer late on.

He lost significant momentum after being forced into the wall, with Mayer appearing to shunt his car from behind on the final lap.

After leading for most of the race, Gibbs was forced to settle for eighth place after drama on the last bend. 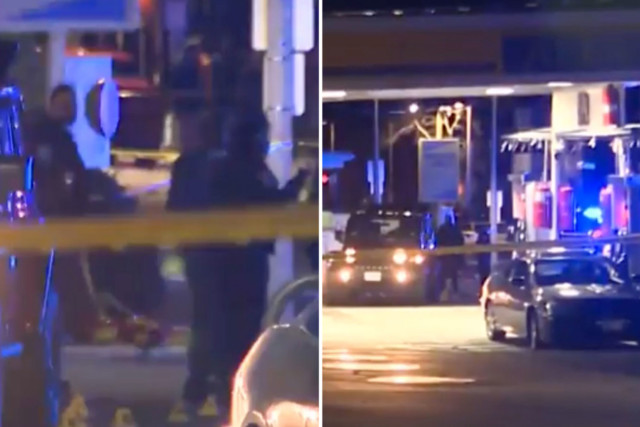 It was a messy contest throughout, with 16 yellow flags and plenty of contact between the drivers.

The pair clashed again after the chequered flag, but this time it was Gibbs who decided to contract Mayer face-to-face.

He stormed out of his No54 Toyota and pushed Mayer hard in the chest, with the drivers exchanging words and shoves.

Gibbs, 19, was clearly furious with the response and started throwing punches as officials and pit crew tried to intervene.

They finally fell to the ground and continued to try getting in shots, only to be pulled apart in front of a stunned crowd.

A NASCAR official was also reportedly hurt in the brawl and taken by stretcher to a hospital.

Mayer – who had taken his helmet off before the punches started to fly – sustained bruising to his face and a black eye.

He revealed that the pair spoke later after the fight to cool the air.

Mayer said: “I just put the bumper to him. He came back over and he was upset and decided to throw a couple punches.

“I was just trying to get his attention and he took it the wrong way. And he just snapped.”

Gibbs gave his side of the story: “I tried to talk to him, and he got all in my face. At that point, we’ve got to start fighting.

“We got put in a bad position there. The only thing I’m mad about.

“He wasn’t going to get past the No16 there and I just got hit in the left rear.

“It’s just frustrating. I just got drove in the fence at the end.”

It’s not the first time tempers have spilled over on the NASCAR track, with Harrison Burton and Noah Gragson trading blows in 2020.

Joey Logano and rival Denny Hamlin also famously saw red after their round of eight race in the championship play-offs three years ago. 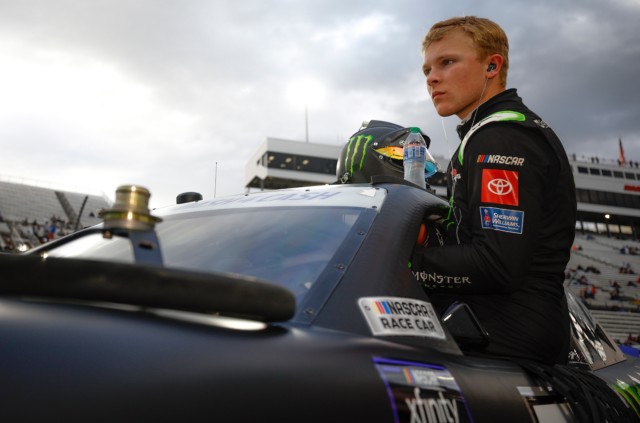 Gibbs is currently second in the Xfinity standings
In this article:infront, itwas, martinsvillespeedway