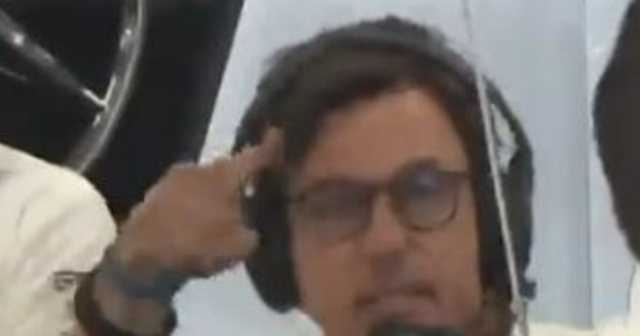 The Mercedes boss, 49, had endured a stressful weekend up to that point – with all decisions having gone against him and his team. 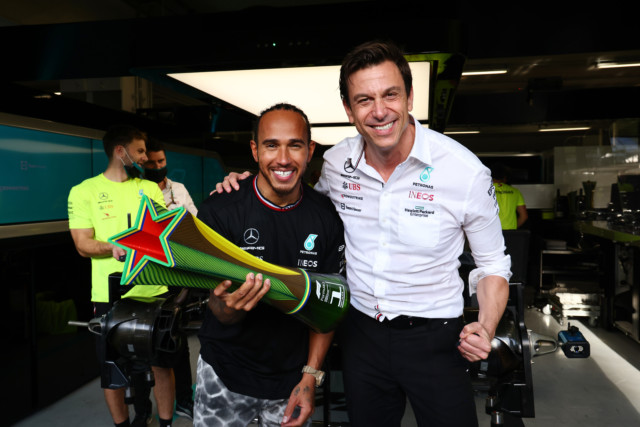 Hamilton, 36, had to start the race tenth on grid after requiring a change of engine – despite the Red Bulls making tweaks on theirs three weeks in a row.

The Brit had also been disqualified the previous day for having a rear wing that failed a gap-test by 0.2mm.

Despite the adversity, the seven-time world champion wasn’t about to let his title slip away without a fight.

And at the moment he managed to reel the reckless Verstappen in, Wolff fist pumped and pointed in almost anguished-looking pleasure.

Upon seeing the footage, one fan joked: “I think he wanted to flip the birdie and changed his mind hahaha.”

While another added: “He really said “Suck it Horner” with that reaction.”

The result cut the Dutchman’s lead to just 14 points with three races remaining.

After the action, Wolff said: “We had a broken part on our rear wing which we couldn’t look at, couldn’t analyse, failed the test, and after disqualified, very harsh.

“And then you see on the Red Bull repairs, three times in a row on a rear wing whilst being in parc ferme with no consequence.

“That’s one thing, and obviously that really peaked with the decision in the race, which was, I mean, really wrong defence from Max, absolutely an inch over the limit, but he needed to do that to defend.

“Lewis just managed it even more brilliantly by avoiding the contact and end the race that way.

“But that was just over the line, it should have been a five-second penalty at least.

“Probably Max knew that. Just brushing it under the carpet, it’s just the tip of the iceberg. It’s just laughable.”

He then added, however, that Mercedes would not be contesting any of the stewards’ calls.

“But if the director’s notes say that you cannot push anybody off the track in Mexico, and then obviously that’s valid here too, and then you’re actually being driven off the track, it’s just not very consistent.

“My discussion with the race director was not broadcasted, but my reaction was. We feel we’ll discuss it behind closed doors.”

Next up on the calendar is a trip to Qatar this weekend, as the fight for the championship reaches its exciting conclusion. 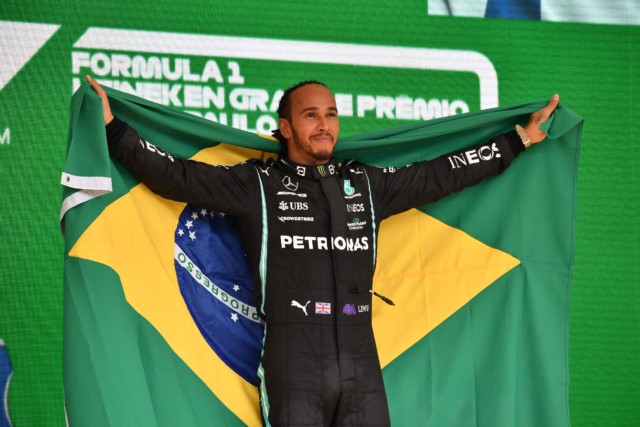 Hamilton conjured one of the most sensational victories of his career