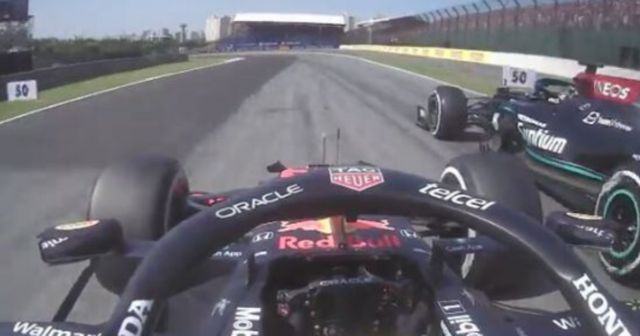 In a desperate attempt to fend off title rival Hamilton, the Dutchman pushed the seven-time champion way off the track in a bid to defend the race lead on lap 48.

Hamilton looked as if he had successfully passed Verstappen 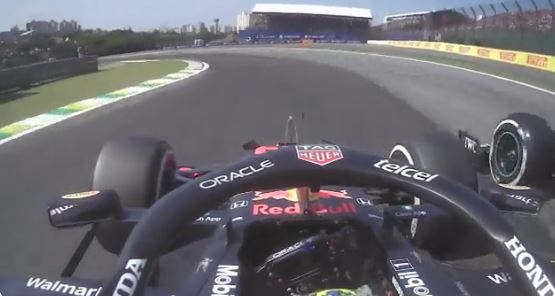 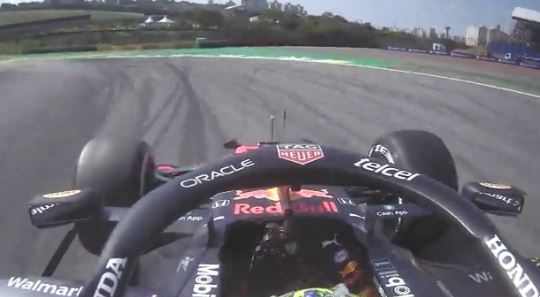 In the end it was to no avail as Hamilton came past him to claim a famous victory and reduce Verstappen’s lead in the drivers’ championship to just 14 points.

But debate surrounding the 24-year-old’s decision to squeeze Hamilton off the track has been reignited once more following the release of camera footage on-board with Verstappen.

Claiming Verstappen previously did the same thing to Charles Leclerc, one fan blamed the Dutchman by saying: “Max has done this stunt before.

“Only difference is Lewis is experienced enough to take evasive action whereas with Charles Max literally smashed into the side of him to gain track position… No penalty then.

“Max is a dirty driver. No other driver does this not even Mazepin.”

Another added: “Verstappen should take a 5 grid place penalty for next race, not saying because I’m a Hamilton fan but because he didn’t even attempt to hit the apex.”

But others felt the battle between the two was simply a racing incident and that nobody was to blame.

Defending Verstappen, one person said: “Both drivers trying to out-brake each other going into the corner. Ran out of road, nothing wrong with that at all.”

While another added: “Actually clever racing tbh go into corner too fast brake late and turn steering wheel knowing you’ll under steer off the track.”

Hamilton eventually passed the Dutchman on lap 59 and went on to take the chequered flag with the Red Bull man in second.

And Verstappen has not received any form of penalty for the incident as he prepares for the final three races of the season.

Verstappen leads the championship by 14 points ahead of the Qatar, Saudi Arabia and Abu Dhabi circuits.