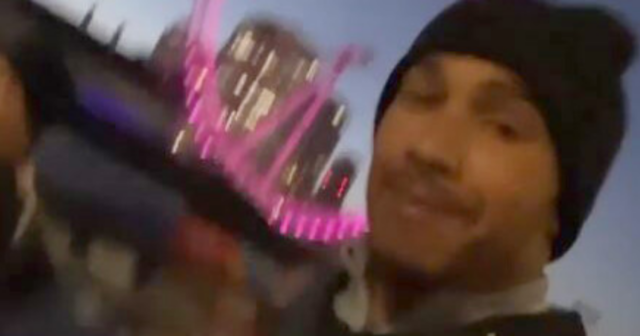 MERCEDES have dropped the biggest hint yet that Lewis Hamilton will race for them this season with another social media tease.

The Brit is understood to have been considering QUITTING the sport.

That was after he missed out on a record eighth championship on the final lap in the Middle East.

But Hamilton suggested he is ready to go again to his 26.8million Instagram followers last week.

He shared a snap of him smiling in front of the Grand Canyon captioned: “I’ve been gone. Now I’m back!”

Mercedes were quick to comment, as they messaged: “Welcome back.”

‘He is back’ soon started trending on social media, to which Mercedes shared and then messaged again: “That’s right.”

Hamilton continued his social media comeback yesterday by sharing a video of him running with physio Angela Cullen captioned it with: “Back at it.”

Now Mercedes have provided the clearest indication yet that he will be behind the wheel again in March once the new season gets underway.

They showed an image of him in his racing suit looking at messages of support received on social media along with the message ‘Welcome back’ as they tagged him in it.

There still has been no official confirmation yet from the team or driver, but it’s the biggest hint yet he will be back in action next season.

And there is unlikely to be any further comment until the FIA delivers the results of its investigation into what happened in Abu Dhabi.

Hamilton was leading by ten seconds going into lap 54 in last season’s finale, only to have victory cruelly snatched away after the deployment of a safety car.

He has since been accused of trying to get FIA Race Director Michael Masi the sack, after he failed to obey the correct rules by allowing lapped cars between Hamilton and Verstappen to overtake.

That resulted in a one-lap sprint to decide the title, Verstappen’s fresher tyres making all the difference.

Hamilton is due to report back to Mercedes duty on February 23 for pre-season testing.