Who is Max Verstappen’s girlfriend Kelly Piquet, who is her controversial F1 dad Nelson and did she date Daniil Kvyat?
Advertisement 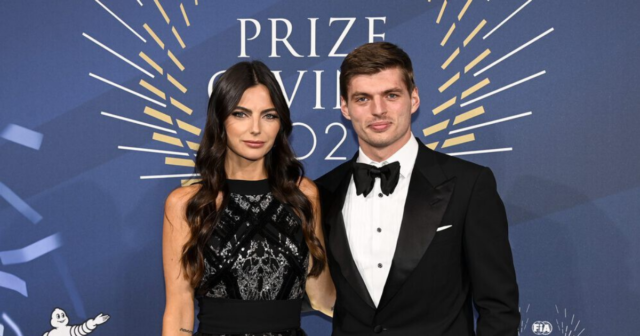 MAX VERSTAPPEN is currently winning on the track and enjoying a successful love life off it with Kelly Piquet.

The 33-year-old Brazilian started dating the Dutchman in 2020 – one year before he won the F1 World Championship.

Kelly Piquet has been dating Max Verstappen since 2020

But her father has recently been back in the limelight for all the wrong reasons, after using a racial slur against Lewis Hamilton.

Who is Kelly Piquet?

The Brazilian beauty was born December 7, 1988 in Homburg, Germany.

She travelled from place to place, spending most of her formative years in France.

Piquet even spent 12 months studying in England before heading back to Brazil and then going to college in New York – graduating in International Relations.

After spending time with Marie Claire and Vogue magazines, Kelly Piquet took over as part of the social media team for Formula E.

Did Kelly Piquet use to date Daniil Kvyat?

Yes. Piquet and Kvyat confirmed they were dating in January 2017 as she posted a black and white photo of them on Instagram, captioned with ‘love’ in Russian.

The couple often shared their adventures on social media, especially with the Brazilian being a regular on the motorsport scene.

Who are Kelly Piquet’s famous family?

As you can probably tell by the surname, Kelly belongs to a family of racing royalty.

Her father is F1 legend Nelson Piquet Sr, often referred to as one of the greatest to ever grace the sport.

He now manages his two racing sons, with Nelson Jr formerly driving for Renault in F1 before becoming a world champion in the Formula E.

Pedro Piquet is the youngest of Kelly’s siblings, with the 20-year-old currently with Van Amersfoort Racing in the Formula 3 series. 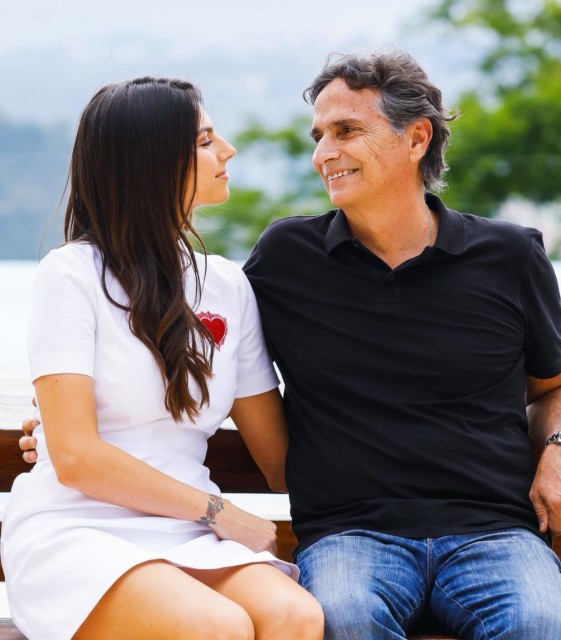 Kelly is the daughter of F1 legend Nelson Piquet, with brothers Nelson Jr and Pedro also in motorsport 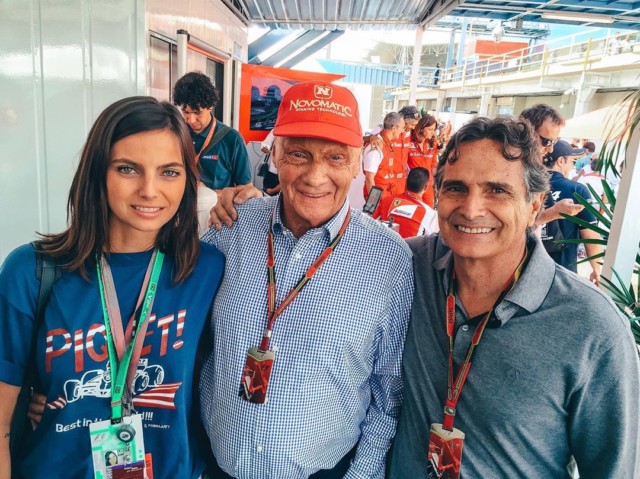 Thanks to her job with Formula E and her family connections, Kelly is often spotted with racing royalty like Niki Lauda

What has Max Verstappen said about Nelson Piquet’s racism storm?

After details emerged of Nelson Piquet using a racial slur against Lewis Hamilton following the Mercedes driver’s crash with Verstappen at the 2021 British Grand Prix he was banned from the paddock for this year’s Silverstone GP.

However, Verstappen criticised the decision to ban him and said he did not believe Piquet Sr was a racist.

He commented: “Everyone is against racism and I think that’s very straight. The wording that was used was not correct.

“But I’ve spent a bit of time with Nelson, more than the average person, and he’s definitely not a racist. He’s actually a really nice, relaxed guy.

“It’s not about the n-word, it’s about using offensive language in general. But he doesn’t need me to tell him what is right and what isn’t. He already said in his statement, he used the wrong words.

“It can be interpreted in two ways, people pick up on the bad side, and then of course it gets really blown out of proportion. 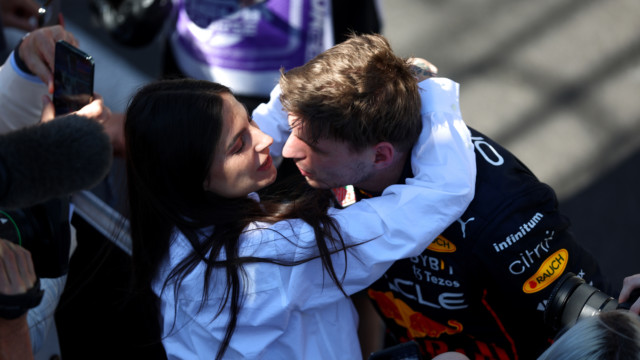 Kelly Piquet kissing Max Verstappen after his victory in Canada

“It’s better to open a conversation instead of banning. When you ban people, you’re actually not even helping the situation.

“You’re not talking. You need to communicate and communication is really important. You’re trying to educate people, so it’s better to have a chat and these things can be easily solved.

“When you have a fight and you insult someone, you have a chat, you apologise. With this it’s exactly the same.

“Things can be easily forgotten – as long as you learn from your mistake and the word that you used. I don’t think you should be banned from the paddock. Especially not a three-time world champion.”