Who is Michael Schumacher’s wife Corinna Betsch, when did she marry F1 legend and how many children do they have?
Advertisement 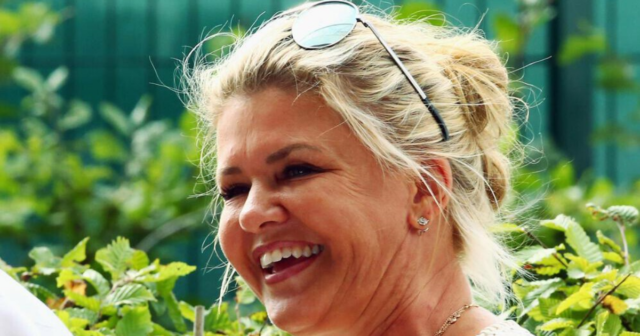 MICHAEL Schumacher’s wife Corinna Betsch has stood steadfastly by her stricken husband ever since his tragic skiing accident in 2013.

But while her husband found fame as a Formula One champ, here’s a little about his wife.

Michael and Corinna have been married since 1995

The 50-year-old German was born on March 2, 1969 in Halver in what was West Germany and is also keen on sports.

In 2010 she won the European Championship in western style horse riding.

She married the seven-times F1 champ in August 1995 in Germany and the couple live in Switzerland.

The couple own horse ranches in Texas and Switzerland.

After Michael’s skiing accident Corinna has kept out of the spotlight.

F1 legend Michael, a seven times world champion, was put in a medically induced coma after a fall in the French Alps in December 2013.

He was skiing with his son Mick, when he hit his head on rocks.

And, despite wearing a helmet, the German star fell into a coma for six months after the accident and doctors said he had suffered blood clots on the brain.

Physicians said the F1 legend would almost certainly have died if he was not wearing head protection.

Corinna had been a big supporter of her husband’s career and was often seen by his side at races.

Back in 2013 he told a German TV channel that he and his wife had never had a serious fight as a married couple.

He said: “It’s because we share the same values. During all the time I was racing she was my guardian angel.”

Michael was taken to hospital in Paris on September 9 for a stem cell treatment.

Who are their children?

Gina-Maria is a professional horse rider while Mick competes in formula racing.

Mick started out karting but has now progressed to Formula 3.

In January 2018, Gina posted an emotional message to her father on Instagram as he celebrated his 49th birthday.

She wrote: “Happy Birthday to the best Dad ever. We love you. #keepfighting.”

Corinna with her son Mick

What happened in the court case?

Corinna had demanded compensation over a headline in the German magazine Die Aktuelle.

In 2015 the weekly magazine featured a picture of Corinna on the front page alongside the headline: “Corinna Schumacher – a new love makes her happy.”

The story itself was about her daughter Gina-Maria and her new romance.

Corinna’s lawyer though filed a complaint saying the headline was misleading.

However a Hamburg court recently dismissed the action, it has been reported.

According to the court, the front page did not necessarily lead to the incorrect idea that Corinna had split up with her husband. 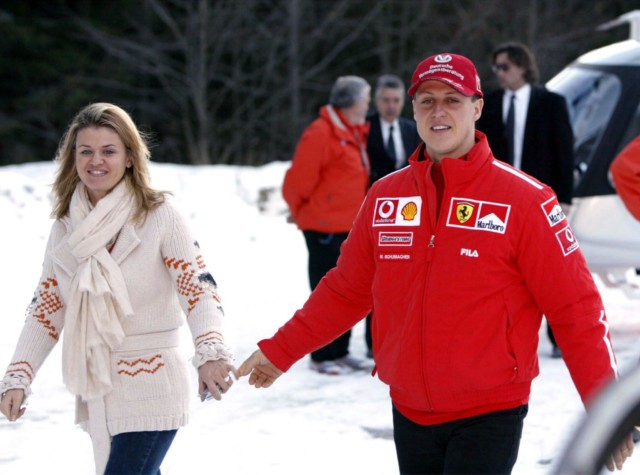 The couple have two grown kids

What did her letter to a German musician say?

Corinna described her husband as a “fighter” in a note revealed nearly five years since his ski tragedy.

In the emotional letter, sent at an unknown time to a German musician, Corinna said: “I would like to sincerely thank you for your message and nice gift that will help us through this difficult time.

“It is good to receive so many kind wishes and other well-intentioned words – which is a great support for our family.

“We all know Michael is a fighter and will not give up.”

It was written as a reply to Hamburg bandleader Sascha Herchenbach who had sent the family a recording of a new song named Born To Fight.

Mr Herchenbach, 38, revealed the contents of the letter in an interview with German magazine Bunte.