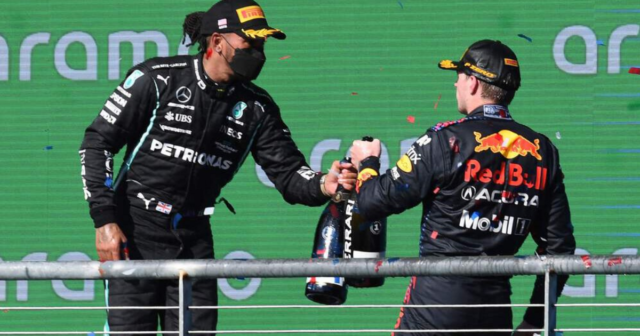 FORMULA ONE icon Damon Hill has spoke of his surprise at Lewis Hamilton ‘giving the game away’ on the team radio during the United States Grand Prix.

The Mercedes driver voiced concerns over his pace during Sunday’s race as he finished second behind Max Verstappen at the Circuit of the Americas.

Hamilton, 36, was leading the GP until lap 37 when Mercedes decided to pit him, resulting in Verstappen retaking first place.

And after being heard questioning whether he could maintain his speed, 1996 world champion Hill wonders if there are games being played on the radio between his British compatriot and Verstappen.

Speaking on the F1 Nation podcast, he said: “It was a terrific race, because it was so finely-balanced all the way through.

“And there’s a little bit of gamesmanship [with] some of those radio calls.

“I was surprised that Lewis was on the radio saying, ‘I can’t keep up the pace’, as he does sometimes.

“You think, ‘Why are you giving the game away?’ Then Max was saying, ‘I can see him sliding around’, and then pitted and completely outfoxed Mercedes.

“[Verstappen] got track position back from his pole position that he lost in effect, and then controlled a very, very tight race. It was thrilling from beginning to end.”

He added: “The first lap of that [race] was right up there with all the top first laps we’ve ever seen.

“But the nail-biter was whether or not Lewis would get within the one second and get his DRS open. He seemed to get close enough, and then he couldn’t.

“He obviously couldn’t get close enough because he didn’t open his DRS. So he never got a shot at that passing move, and ran out of laps before we ran out of tyres.

“But the tension I think was great, all the way through. The other thing was the fans in the crowd seemed to be relating to it and getting in. 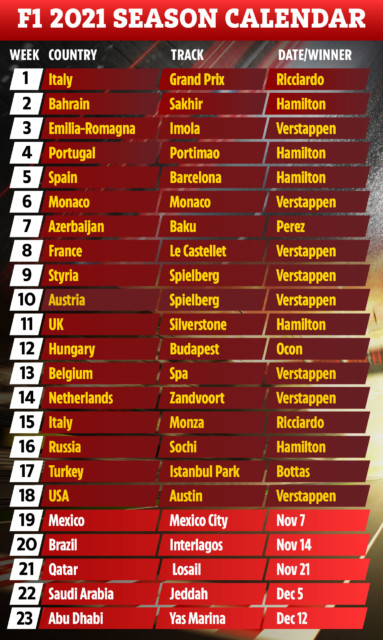 “Everyone seemed to be clued in as to the importance of the strategy and what the guys were really doing in the cars.”

Hamilton now trails Verstappen by 12 points with just five races to go, and the seven-time champ believes his rival has the edge in the upcoming Mexican and Brazilian Grand Prix’s.

His claim has been rubbished by Red Bull boss Christian Horner, who has declared that it would be difficult for his team to come out on top.