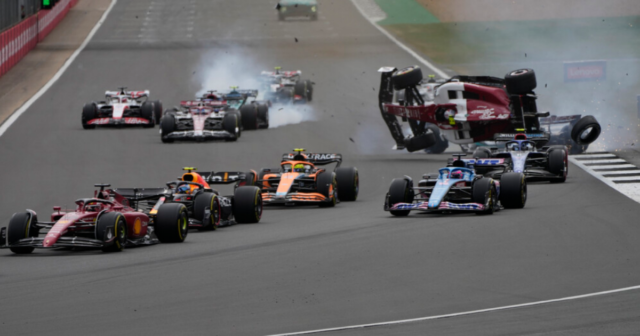 ALFA ROMEO driver Zhou Guanyu was involved in a horror crash on the first corner at the British Grand Prix when his car FLIPPED and slammed upside down into the crash barriers.

The 23-year-old collided with Mercedes ace George Russell at Silverstone with the Chinese star’s car flipping upside down. 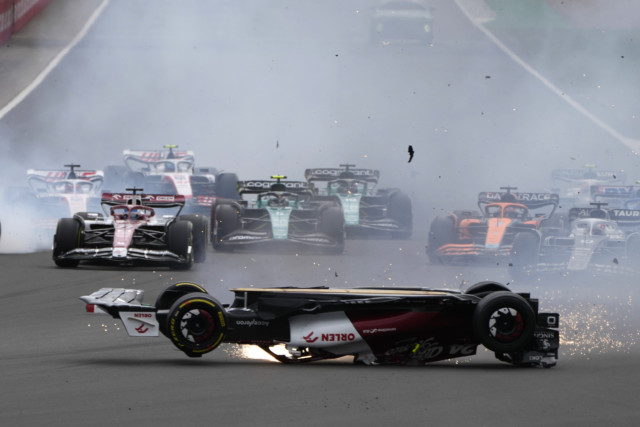 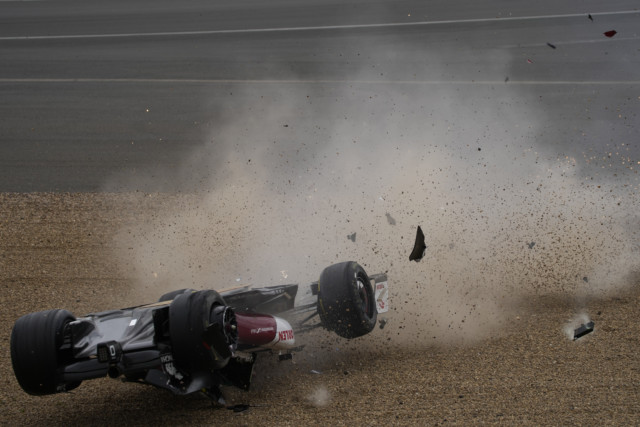 His Alfa Romeo ended up in the gravel, where his car then flipped over again before smashing into the fence after skidding for 200 metres.

Russell instantly jumped out of his car to check up on his rival, which ultimately saw him disqualified after leaving his vehicle.

A red flag was immediately called, with Alex Albon also involved in the incident to leave him out of the race after colliding with Sebastian Vettel.

Meanwhile Yuki Tsunoda’s AlphaTauri suffered heavy damage after being hit by Albon after the ex-Red Bull ace had spun into the wall. 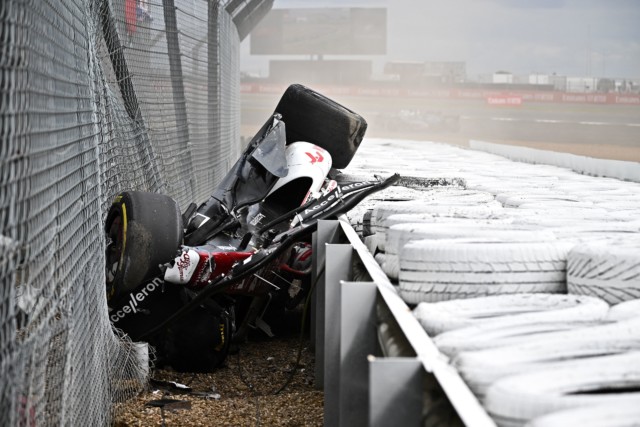 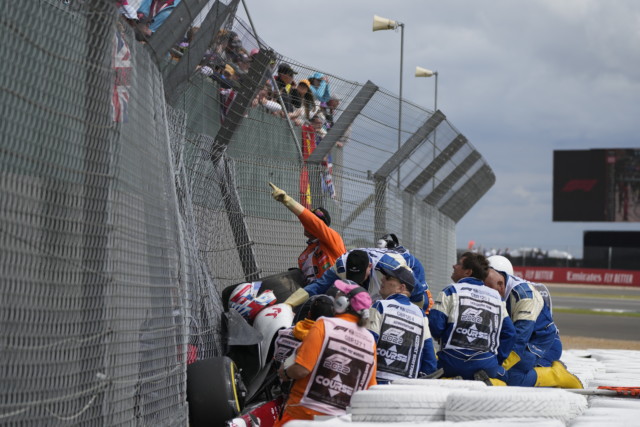 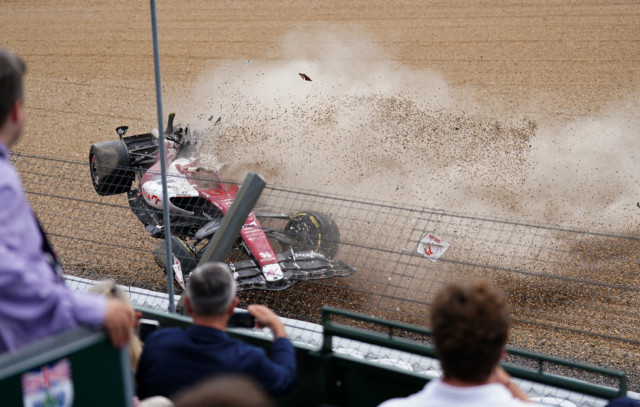 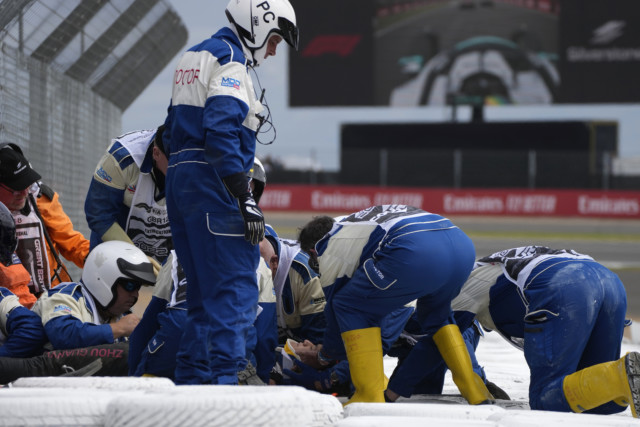 Alpine’s Esteban Ocon was also involved in the sickening collision, but he remained in the race.

Thankfully for Guanyu, he was not seriously hurt in the accident with Alfa Romeo declaring that he is OK.

Guanyu was able to be taken out of the car, where he was instantly placed on a stretcher on his way to receive further medical attention, where he was declared fit and released from the circuit’s medical centre.

Williams star Alex Albon was taken to hospital for precautionary checks after being airlifted to Coventry Hospital. 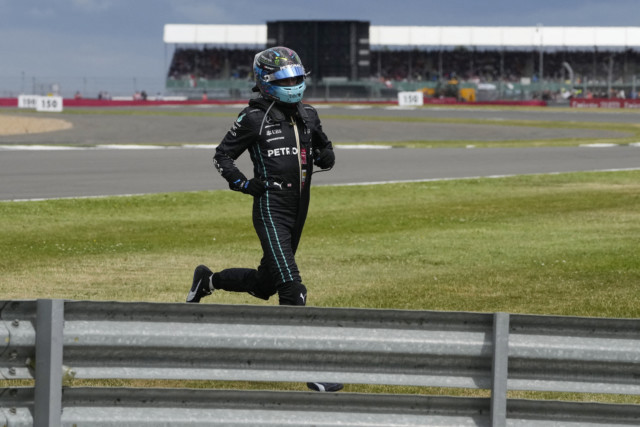 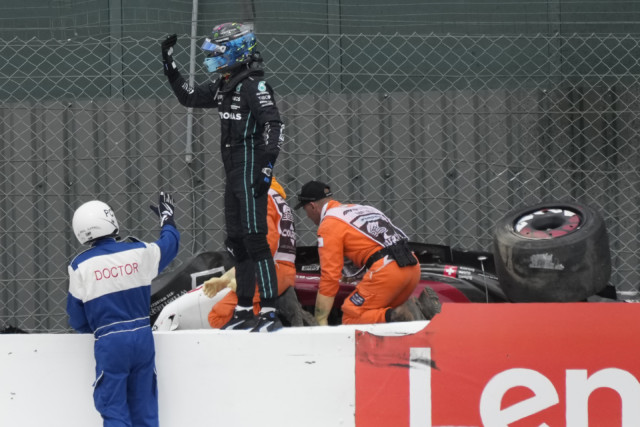 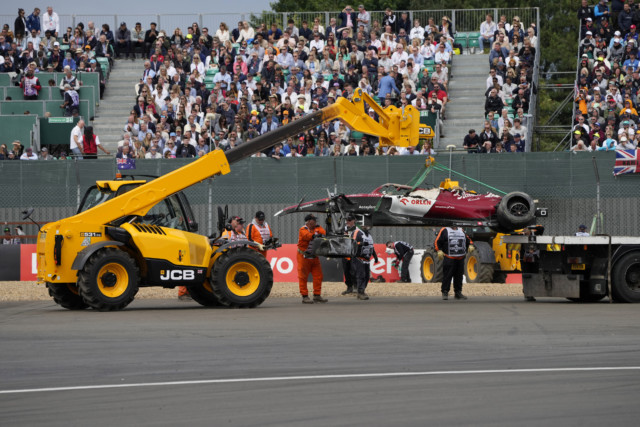 The crash came about after Russell was clipped at the back of his Mercedes, with his tyre subsequently hitting Zhou.

His vehicle instantly flipped over where he skidded towards the barriers at a frightening pace.

It then catapulted over the tyre barrier as it smashed into the fence.

It is the second time the halo has potentially helped avoid a fatal incident following Sunday morning’s F2 race.

Dennis Hauger’s car was launched into the air after he connected with a sausage curb on the second lap.

He then flew into Roy Nissany, with the Israeli driver miraculously appearing to avoid injury despite the collision.

“Ultimately we took a risk starting on the hard because I made a mistake in qualifying and we were starting out of position. 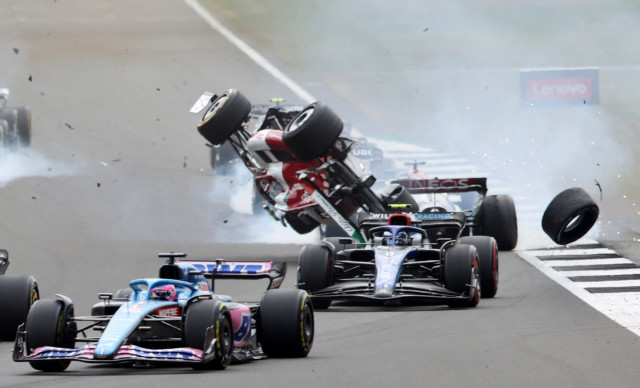 Along with Zhou and Russell, Alex Albon, Esteban Ocon and Yuki Tsunoda were also involved 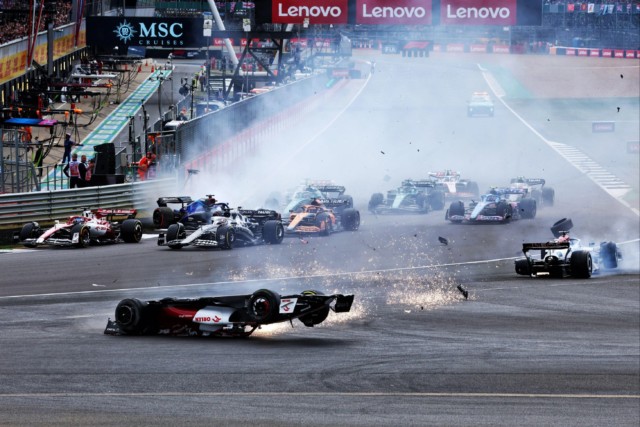 “We thought that risk gave us the best opportunity later in the race, but there was just no grip whatsoever.

“The hardest compound is cold out there and I got swamped by all the cars. Next thing I know I got touched, was in the side of Zhou and that was it.

“I jumped out of the car to asee if Zhou was OK. I saw it was red flagged straight away.

“When I came back to the car I couldn’t quite get it started for whatever reason so I ran back to the team to check.

“I told the marshals to leave the car and when I got back it was on the back of the flatbed. As soon as you get assistance you can’t restart.

“We are trying [to appeal] but they are pretty adamant, the FIA. It’s one of those unique scenarios.”

Polesitter Carlos Sainz would go on to win the race ahead of Sergio Perez and Lewis Hamilton.