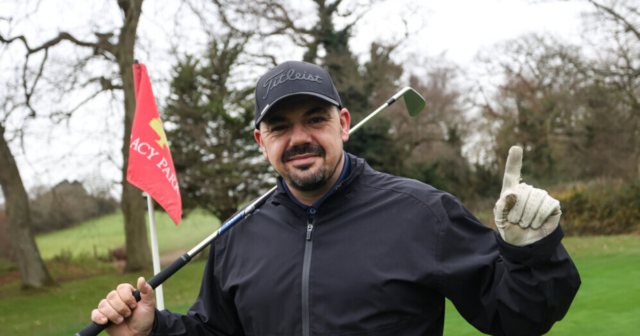 AN amateur golfer is enjoying an amazing run of holes-in-one after bagging 11 in just six months.

Neil Watts, 40, has played since the age of five but sank his first only in June.

He has since hit ten more at odds of several billion to one.

The 11th was even captured by local TV news cameras when he was interviewed about his incredible feat.

Neil, who usually plays twice a week off a 2.5 handicap, said: “It’s unbelievable.

“The shock of when you do it the first couple of times is immense.

“As it goes on, people just kept asking — have you got one today?

“And the answer was often yes. It got a bit embarrassing.”

Neil, of Bristol, who runs a social club with wife Sam, hit all his holes-in-one on two courses at Tracey Park Golf Club in Wick, Gloucestershire.

For the first two, Neil honoured the tradition of buying drinks for every golfer on the course  —  but now dashes off.

He said: “The first two holes were very costly for me.” 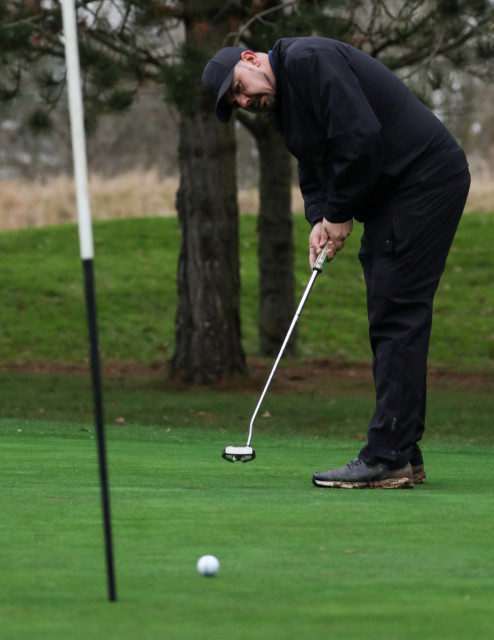 Did you miss our previous article…
https://www.sportingexcitement.com/golf/paige-spiranac-mistaken-for-a-stripper-and-porn-star-by-traditionalists-but-golf-beauty-defends-her-sexy-look