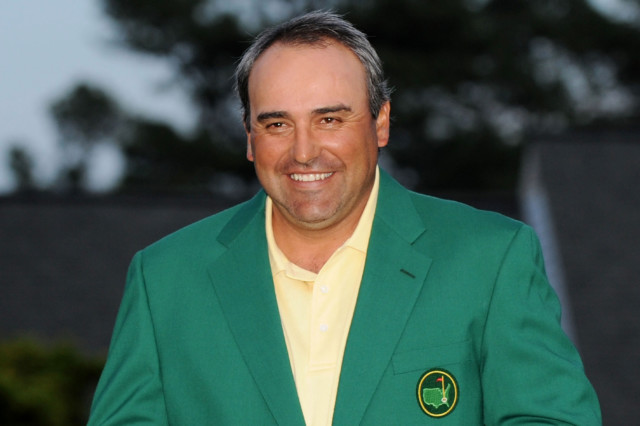 FORMER US Open and Masters champion Angel Cabrera has been extradited from Brazil back to Argentina to face theft and assault charges.

The iconic Argentine golfer was arrested in Rio de Janeiro in January having been on the run since last August after failing to attend a meeting with prosecutors in Cordoba.

And he was transferred into Argentine custody on Tuesday.

Cabrera, 51, is accused of assaulting his former partners and will stand trial on July 1.

And photos have emerged showing him handcuffed in a helmet and bulletproof vest being led away by cops.

An international manhunt was sparked in January when the former Masters champ was placed on Interpol’s ‘Code Red’ list.

He is accused of assaulting two former partners, one of which he allegedly threatened to kill.

Cecilia Torres Mana, another former partner, claimed he punched her in the face in 2016 before threatening her and attempting to run her over in his car. She filed an allegation of assault in December 2016.

Subsequent accusations of domestic abuse were then filed by other women.

Two other women previously linked to Cabrera are also said to have made allegations of violence against him.

Police have said Cabrera faces charges of causing minor injuries, threats and theft said to have occurred between 2016 and 2020.

Cabrera, nicknamed El Pato, or The Duck, shot to fame in the 2000s.

A maiden European Tour win in 2001 was followed by US Open glory in 2007 and a Masters green jacket two years later.

As the only South American to win the prestigious major, he also finished runner-up to Adam Scott in the 2013 Masters.