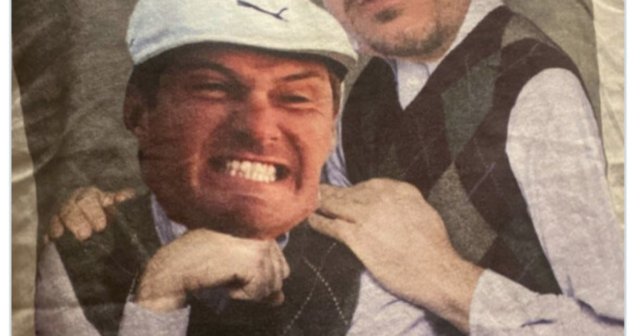 BRYSON DECHAMBEAU was spotted showing off his hilarious Step Brothers’ inspired Brooks Koepka T-shirt – confirming their feud is finally over.

The former rivals hugged it out for the cameras after the USA’s historic win, beating Europe 19-9 in the largest margin of victory in a Ryder Cup since 1967. 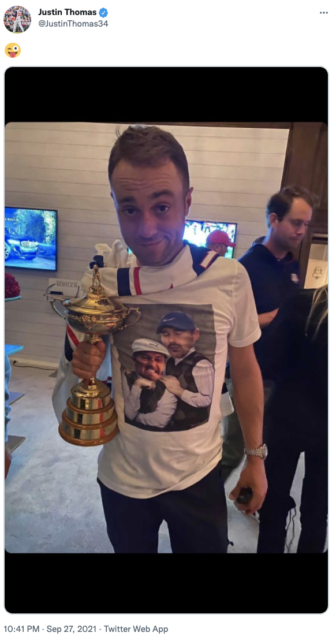 Thomas himself sported one of the T-shirts whilst holding the Ryder Cup, posting an image to his Twitter account

DeChambeau, 28, sported a ‘Step Brothers’ themed T-shirt with his and Koepka’s faces photoshopped on to actors Will Ferrell and John C. Reilly’s bodies at the Ryder Cup after-party on Sunday.

The shirts were made as a joke by USA team-mate Justin Thomas, who posted a close-up snap of one the prank tops on his Instagram story.

Thomas, 28, was reportedly key to building the USA’s strong team spirit and was also responsible for making Koepka and DeChambeau hug during their post-victory media session.

The 2017 PGA Championship winner was laughing whilst singing Smash Mouth’s ‘Why Can’t We Be Friends’ as the two embraced, formally putting an end to their feud.

USA team captain, Steve Stricker, 54, reportedly pulled the two golfers aside before the Ryder Cup to tell them to leave their rivalry at home before joining the team.

The captain’s instructions were clearly heeded by the pair, who managed to put their differences aside and ended up playing a vital role in inflicting Europe’s heaviest defeat in Ryder Cup history.

DeChambeau and Koepka began their feud in 2018, when Koepka, 31, criticised his rival’s slow style of playing.

Koepka said: “I just don’t understand how it takes a minute and 20 seconds, a minute and 15 to hit a golf ball, it’s not that hard.

DeChambeau hit back by claiming Koepka doesn’t have any abs, to which Koepka responded by posting a picture of his four Major trophies with the caption: “You were right @b_dechambeau, I am 2 short of a 6 pack.”

But it appears they finally put their rivalry aside for the good of the team after what could have been a very awkward situation for captain Steve Stricker to deal with. 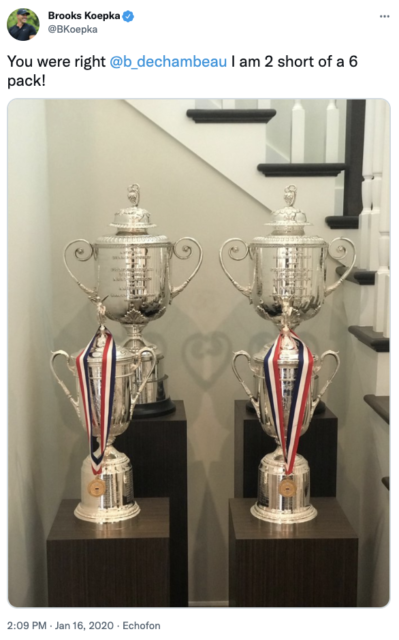 Koepka has won four Major golf championships in his career, winning the PGA Championship twice and the US Open twice
Advertisement. Scroll to continue reading.

Did you miss our previous article…
https://www.sportingexcitement.com/golf/javier-ballesteros-looks-to-continue-dad-seves-legacy-as-he-tees-off-at-famous-st-andrews-course-ahead-of-dunhill-links