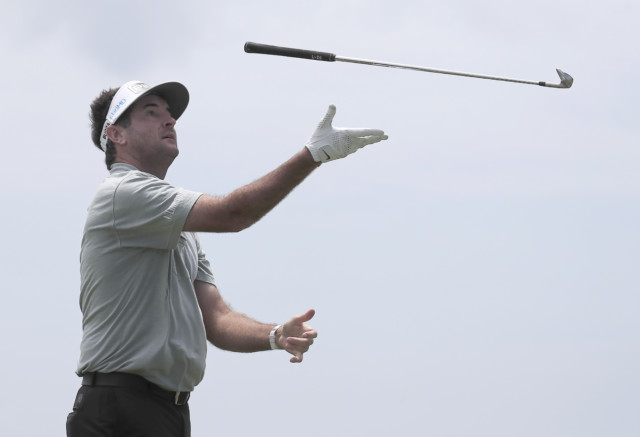 GOLF star Bubba Watson turned up to the final day of practice ahead of the PGA Championship wearing a pair of £170 pink shoes.

The two-time Masters winner hinted the decision to wear the outlandish shoes via his social media on Tuesday. 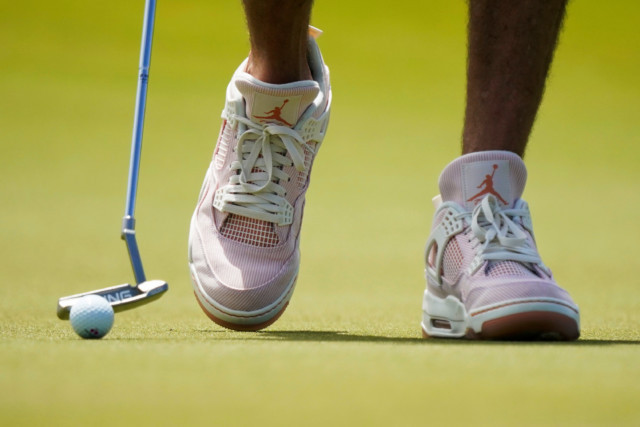 Bubba, 42, shared a video of him unboxing the Air Jordan 4 golf trainers and suggested he was going to wear them out on the course.

Alongside the clip, he said: “I don’t think you all are ready for these this week.”

Watson is looking for his first victory at the PGA Championship, 11 years on from finishing runner-up behind Martin Kaymer.

The PGA Championship takes place at Kiawah Island this week, with Rory McIlory among the favourites for the second major of the year.

McIlroy, who won by eight shots in 2012 and fresh from his Wells Fargo victory, is the shortest price with most bookmakers.

Defending champion Collin Morikawa is also in the mix.

McIlroy heaped praise on his caddie and long-time friend Harry Diamond after his Wells Fargo win, saying: “After that win I wanted to make a point of letting everyone know Harry was 100 per cent the person that told me not to hit that ball on 18 from the creek.

“And if it wasn’t for him, I probably would have lost the tournament because I’d still probably be trying to hack it out of there.

“I’m like a dog — if I see a golf ball I want to hit it. It’s there. Or if someone puts a football in front of me I want to kick it. I saw the ball, I wanted to hit it. He’s like, ‘let’s just think about this’.

“Look, the thing about Harry is we’re best friends. The relationship we have means it’s very hard for me to just call Harry my caddie because that sort of puts down the relationship a little bit.

“Us getting together was supposed to be a short-term thing back in 2017. I ended up really enjoying it, really liking it, and we made the decision that this was going to be a long-term thing. And it’s worked out great.

“We’ve had six wins together and the reason I want to single Harry out is that I feel like he gets some negativity around the relationship that’s very unfair and uncalled for.

“But people don’t know him and they don’t really know me.

“They see things from the outside and maybe they didn’t notice that he was the one who kept a cool head when maybe I wasn’t in the best place.

“It wasn’t the first time. And that’s why I will always protect him from the armchair critics, who don’t always see the full picture.”