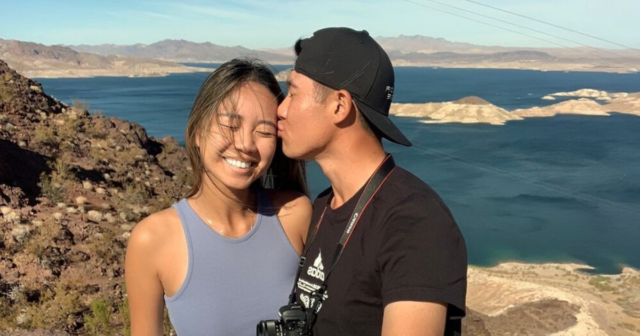 COLLIN MORIKAWA’S girlfriend sent him a gleeful message of congratulations after he collected the Claret Jug.

Katherine Xhu wrote on Instagram: “So incredibly proud of you! You’ve accomplished so much since turning pro in 2019 and I really can’t wait to see what’s next.”

Xhu was a college golf champion too.

She stopped playing competitively to travel the world with Morikawa – although she could not be at Royal St George’s as players were restricted to a ‘bubble’ of four, and the golfer brought his caddie, coach, and manager.

The couple began dating four years ago, after a mutual friend showed Morkawa pictures of Xhu from her Instagram page.

He liked what he saw, contacted her by text, and they quickly fell for each other.

He retweeted a picture from the official Open account, showing the young American gazing lovingly at the Open trophy – with this message: “Get someone that looks at you like @collin_morikawa looks at the Claret Jug.”

Morikawa was paid the ultimate compliment off the back of his win, as he found himself bracketed alongside golf icon Tiger Woods.

The American did not show any sign of nerves in his successful Open debut, as he beat Jordan Spieth by two shots.

And former USA Ryder Cup captain Paul Azinger was blown away by the 24-year-old’s unflappable approach.

Azinger told NBC viewers: “When you put the pressure on this guy, you’re just asking for trouble. He handles it as well as anyone I’ve seen since Tiger Woods.”

The comparison is a valid one, as Morikawa’s Claret Jug triumph meant he and Woods are the only players to win the Open and the USPGA Championship before turning 25.

But unlike Woods, whose first 14 Major victories all came when he held at least a share of the 54-hole lead, Morikawa has come from behind to win both of his.

He also made history as the first golfer to win two Majors at the first attempt – and revealed he was not always as ice-cool when the heat was on as it might have appeared.

The Californian said: “I’m glad I look calm because the nerves are definitely up there.

“But you channel these nerves into excitement and energy, and that gets you away from like a fear factor, into this is something I want.

“And that is to try to execute every shot the way I want to.

“So that’s how I look at it. And you try not to listen to everything when people are pointing out it’s your rookie year, or it’s your debut.

“Sometimes it gets to people if you dwell on that stuff.” 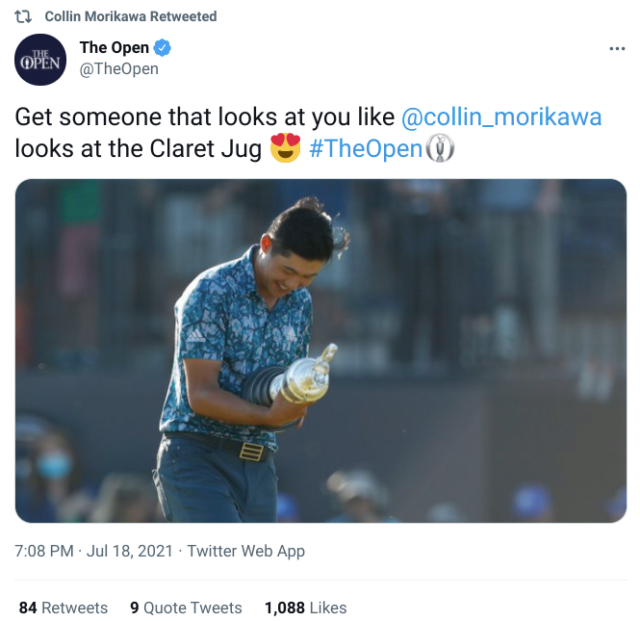 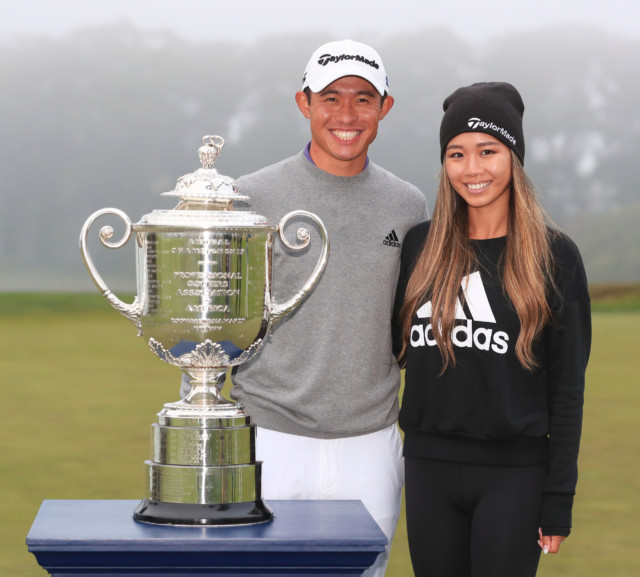