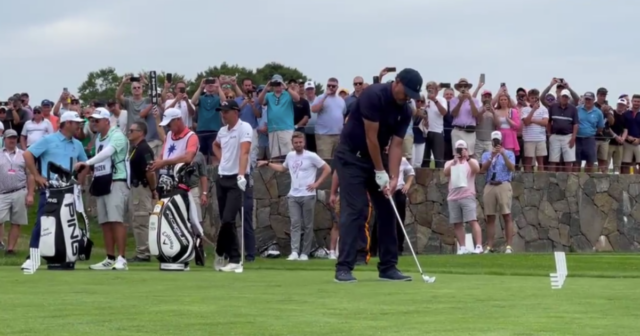 PHIL MICKELSON was told “do it for the Saudi royal family” in a brutal heckle at Donald Trump’s course.

The American, 52, is one of the golf rebels to ditch the PGA Tour in favour of the big money offered by LIV Golf.

He stepped away from the ball and took another practice swing 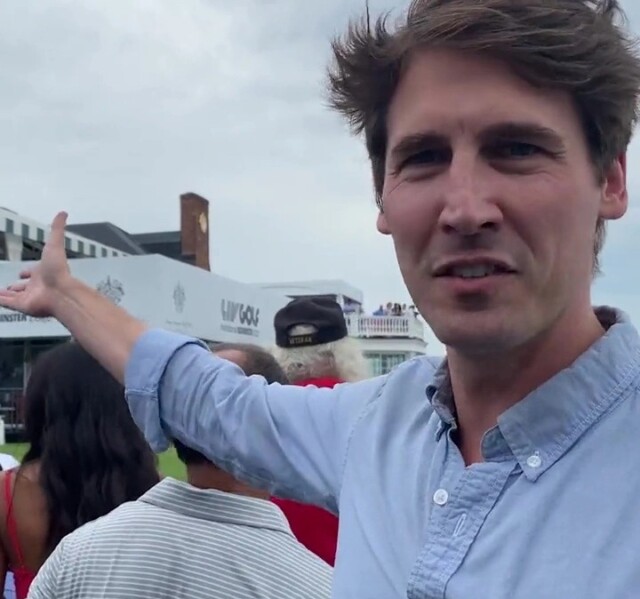 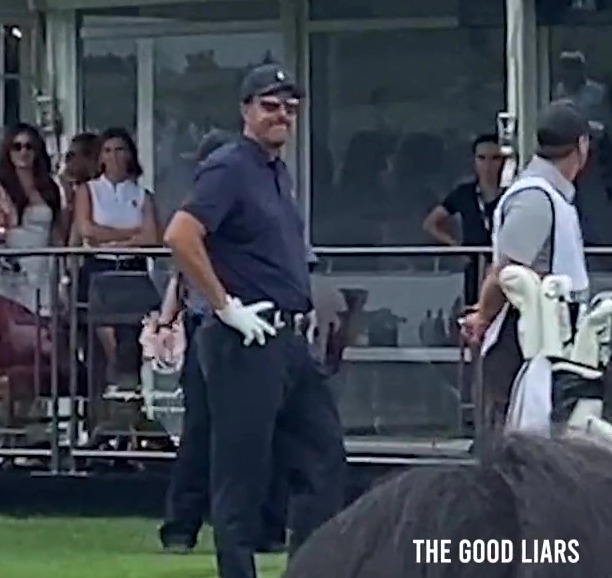 We gave Phil Mickelson some words of encouragement during his backswing at Trump’s golf course yesterday. pic.twitter.com/IWEbGpcnhv

It is said Lefty accepted a staggering £165million offer to join the breakaway group, bankrolled by the Saudi Arabian Public Investment Fund which is run by the Saudi government and royals.

He was widely criticised and dropped by two major sponsors after revealing he was preprared to overlook concerns about Saudi Arabia’s human rights record.

Then he was sent an open letter from the families of 9/11 victims and responded: “I would say to everyone that has lost loved ones, lost friends on 9/11, that I have deep deep empathy and sympathy for them. I can’t emphasise that enough.”

But anger towards Mickelson, one of the headline names to defect to LIV Golf, remains high – and he was targeted at the Trump National in Bedminster, New Jersey this weekend.

A comedian trolled the six-time major champ just as he was about to tee off on the 16th hole.

Jason Selvig, from comedy duo The Good Liars, was filmed shouting to Mickelson asking for a thumbs up on the tee box.

And after getting a response, Tom Cruise-lookalike Selvig then called out from the pathetically-small crowds: “Do it for the Saudi royal family,” when Mickelson had his club behind the ball.

The money-grabbing golfer did not look over but stepped back to reset amid grumbling from the crowd.

Some booed and had a go at Selvig, who sarcastically apologised – then the comedian was warned by security that he would get kicked out for any repeat offences.

Mickelson did eventually take his shot, sticking it in a bunker then almost finding the water before making a bogey.

He finished four-over-par, taking his aggregate score to +40 in his last 11 rounds of golf since signing the multi-million-pound deal.

Asked about the heckler, the once-popular Californian said: “I had a really good day.

“The people here have always been great. They’ve always treated me well, and I had a really good day with the fans.

“I’m just a little frustrated with my game, to be honest.

“To three-putt the last two holes with makeable birdies, I’m just frustrated because I expect more of myself.” 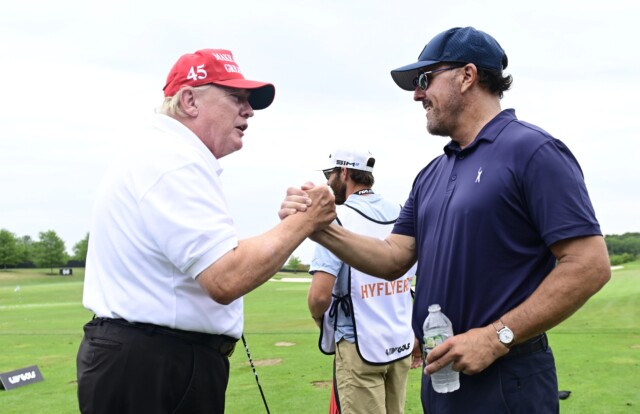 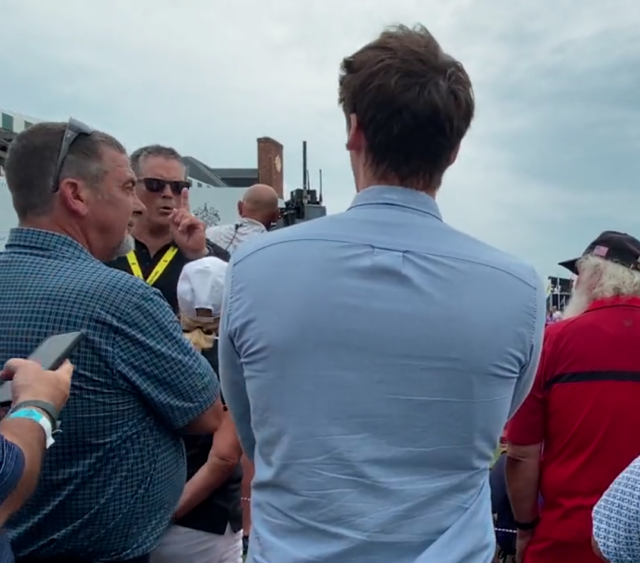 Selvig was told off by security for his prank

The controversial LIV Golf league has spiralled the sport into civil war as plenty of players sacrifice the PGA membership to get huge cheques and tournaments without cuts.

LIV Golf just announced a 14-tournament schedule for 2023 with a prize fund of £336m and avoiding clashes with the majors or Ryder Cup.

This week’s event is the third under the new brand, headed up by CEO Greg Norman with stars such as Dustin Johnson, Bryson DeChambeau and Ian Poulter all accepting the whopping Saudi cash.

Hosted by former President Trump, he played in the pro-am event after attending a launch party in New York last week with Caitlyn Jenner and rapper Nelly.

American players have had their PGA Tour membership ripped up and as it stands will be banned from representing the United States at next September’s Ryder Cup.

Rory McIlroy slammed players who have joined the divisive LIV Series for fuelling “resentment” while Tiger Woods “doesn’t understand” the logic of the breakaway after reportedly rejecting an £820m offer.

But the rebels seemed to have no qualms as they partied on a private jet ahead of The Open.

Then Patrick Reed rocked up to St Andrew’s in LIV Golf-branded clothes and Henrik Stenson was stripped of the Ryder Cup captaincy.