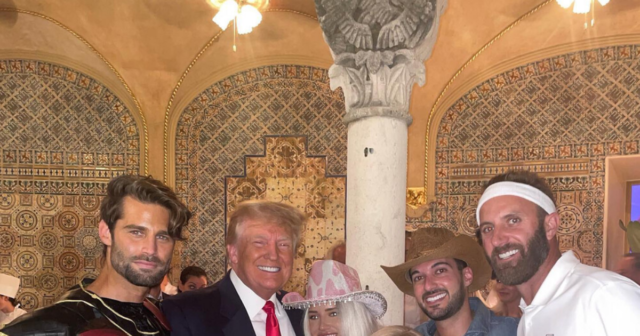 The golf star and his fiancee joined former US president Donald Trump for a fancy dress party in Florida.

Paulina, 32, stunned in her Baywatch lifeguard outfit for the bash at Mar-a-Lago resort in Palm Beach.

She was greeted by Trump with a hug, a kiss on the cheek and a compliment: “You look great.”

Her partner Johnson, 37, came dressed as a tennis player with a white polo shirt and white headband.

Paulina gave her Instagram followers some sneak peeks of the night’s festivities on her stories.

Trump, meanwhile, didn’t seem to participate in the fancy dress and instead just came dressed in his presidential outfit.

Johnson and Gretzky were joined by friends Jeremy Cohen and Kristina Melnichenko.

Melnichenko and Cohen also posted from the party on Instagram stories throughout the night.

Gretzky, daughter of former Canadian ice hockey star Wayne, was among the Wags cheering on the US team to Ryder Cup glory in September.

Paulina greeted DJ on the 18th green with a kiss after he won his singles match against Paul Casey at Whistling Straits.

The couple have two children together and are set to finally tie the knot having started dating in 2013. 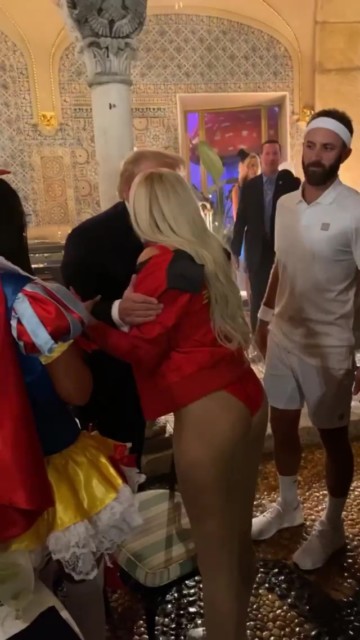 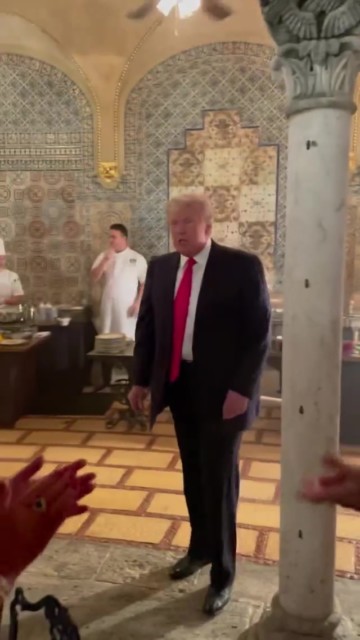 Trump seemed to come dressed as a US president for the fancy dress party
Advertisement. Scroll to continue reading.
In this article: