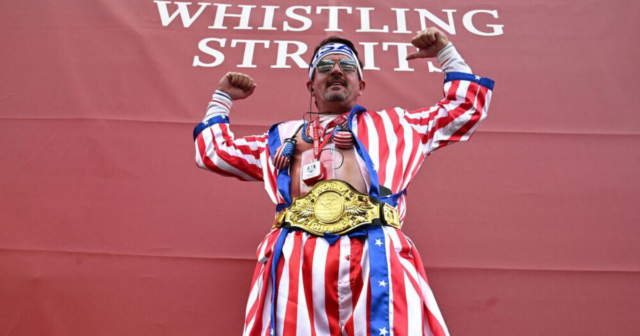 Captain Padraig Harrington was helpless to watch as his 12 players crumbled when needing the biggest comeback in history to even slightly worry the strongest American team ever. 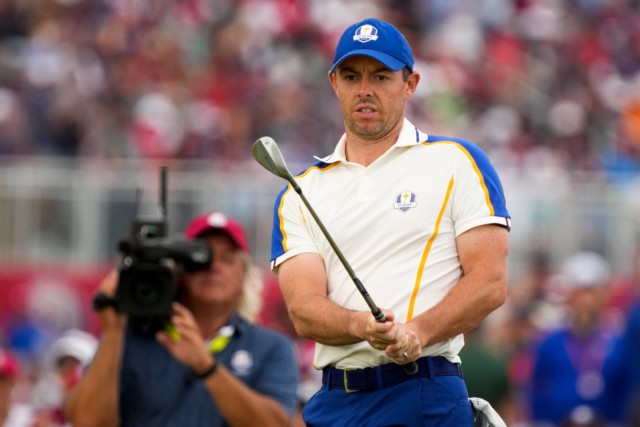 Rory McIlroy did his best as he finally found form in the first match out, seeing off Xander Schauffele 3&2.

But after failing to win any of his previous games he knew it was too little too late and broke down in tears while apologising to his team-mates in an emotional interview.

McIlroy’s victory was the lone bright spot as Patrick Cantlay, Scottie Scheffler and Bryson DeChambeau – who beat European legend Sergio Garcia – put the Americans 14-6 up and with loads of red on the leaderboard behind them.

It fell to Open champ Collin Morikawa to sink the winning putt, and though he missed to bogey the last it meant his half point secured the 14.5 America needed to win.

America went into the singles leading 11-5 after dominating the first four sessions.

And there was no real let up after that, with the Europeans humbled by a US team featuring eight of the world’s top ten.

Brooke Koepka beat Bernd Wiesberger to make 15.5 – 6.5 and with five out of six matches still the on course going America’s way, a record margin of defeat for Europe was firmly on the cards.