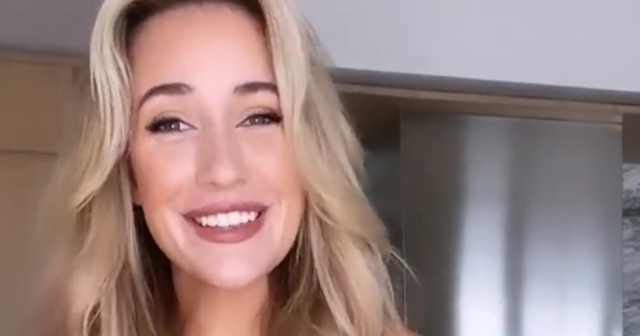 PAIGE SPIRANC showed she is living the American Dream with her Fourth of July hotdog antics.

The golf beauty, 29, was recently named the ‘Sexiest Woman Alive’ by Maxim and has over 3.4m Instagram followers. 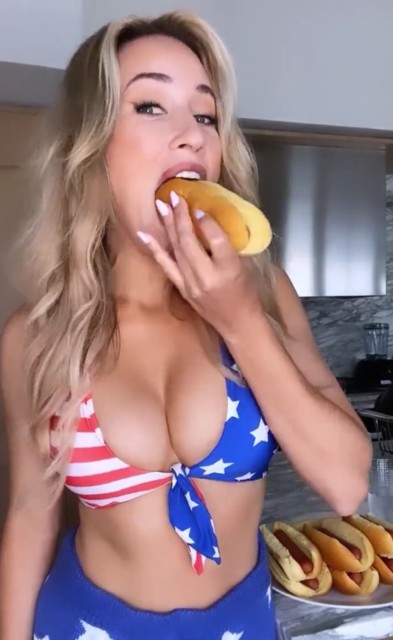 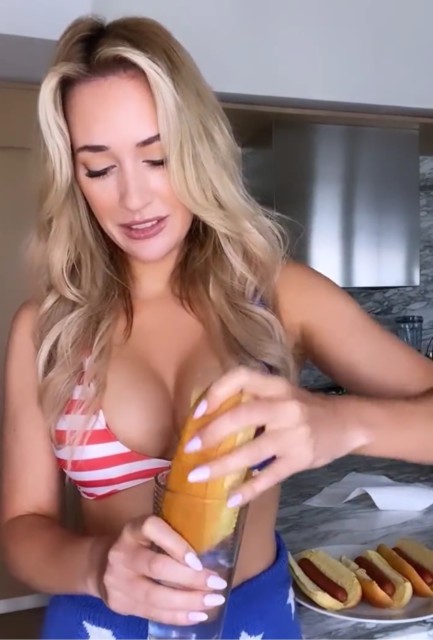 A former golf pro, Paige quit the game in December 2016 but has since become a social media sensation.

She revealed that fans had challenged her to see how many hotdogs she could wolf down in ten minutes as an Independence Day challenge.

But the thought of that “made her gag” – so Spiranac instead gave her loyal fanbase a bizarre showcase in different ways to enjoy the tasty snack.

Taking to Twitter, she said: “Happy 4th of July everyone! So I was asked how many hotdogs I can eat in ten minutes.

“But the thought of that makes me want to gag.

“So instead, I’m going to show you the techniques I have picked up from the best hotdog eaters in the world.”

Decked out in a patriotic American flag bikini, Paige goes on to showcase how she likes to enjoy her frankfurters.

These include the ‘traditional’ and the ‘raw dog’, with the latter involving simply taking the sausage out the bun.

It’s safe to say that fans were divided on Paige’s tutorial, with many baffled by the ‘dunkaroo’ – a method which Spiranac calls “effective but disgusting” and saw her dipping her snack into water.

If that wasn’t enough, she upped the ante moments later with the self-explanatory “two dogs, one cup”.

‘GOD I LOVE THIS COUNTRY’

And another added with a shocked face emoji: “Why are you dipping dry franks in water.”

But there were plenty of fans who loved the video and were quick to support Paige for “services to her nation”.

One said: “God I love this country.”

While another gushed: “Fellas, am I wrong for the sudden wave of patriotism flowing through me?”

It’s been a whirlwind few weeks for Paige, who was named as the ‘Sexiest Woman Alive’ on June 14.

She was stunned to win the gong – but hit back at online trolls who abused her for being “fat and ugly” after he triumph.

While Paige fired back at “dumb people” after her comments on a viral video of US Open champion Matt Fitzpatrick were misunderstood.

The stunning influencer has been criticized in the past for how she dresses out on the golf course, with some claiming she is over-sexualizing golf. 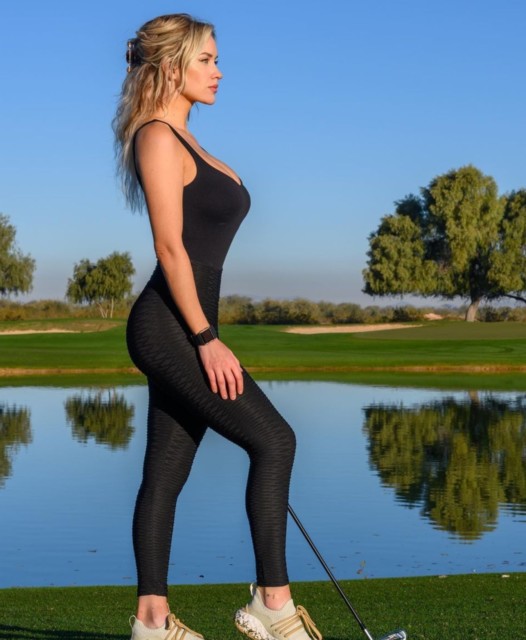 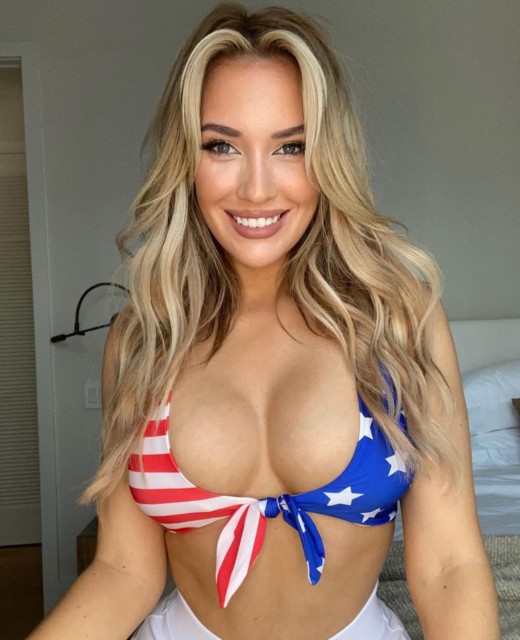 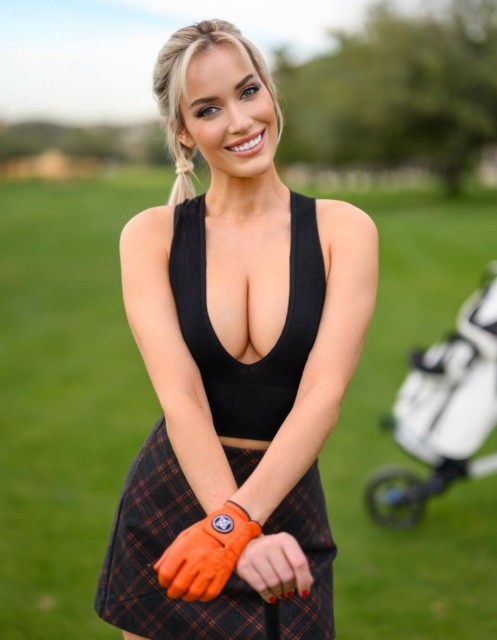 The stunning influencer was named by Maxim as the Sexiest Woman Alive 2022
Did you miss our previous article…
https://www.sportingexcitement.com/golf/ian-poulter-strikes-huge-blow-for-money-chasing-rebels-as-european-ban-overturned-despite-signing-up-for-liv-golf-series/
Advertisement. Scroll to continue reading.
In this article:fourthofjuly, socialmedia, theamerican