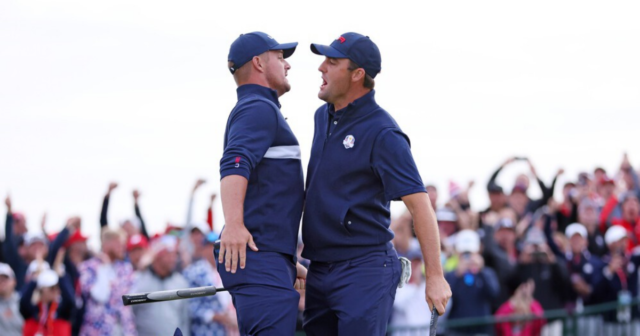 SO AFTER the Miracle at Medinah, what are the chances of Padraig Harington’s team becoming the Whistling Greats with an even bigger comeback?

Pretty much non-existent, even though Europe finally showed some fight in the final session before we head into hand-to-hand combat.

Or at least some of them did.

Jon Rahm and Sergio Garcia have been absolutely fantastic, winning all three matches together in a team that was struggling for oxygen, with world No1 Rahm also scrambling a half in his other appearance.

Former Open champion Shane Lowry was all bristling aggression as he and Tyrrell Hatton became Europe’s only other winners over the first two days.

Lowry made more birdies than anyone else in the fourballs – six – and also conjured up a brilliant par at the final hole to close out the one-up victory over Tony Finau and Harris English.

Hatton played his part but elsewhere there was nothing to offer any encouragement that Europe can claim the nine points they need to retain the trophy from today’s 12 singles matches.

For much of the fourballs, Europe led in three matches, and it was as if they were hell-bent on achieving that mystical 10-6 number – the score they trailed by at Medinah in 2012.

The USA also showed it can be done from 10-6 down at Brookline, even though some of their final-day tactics left a sour taste in the mouth.

But cutting the gap to four points proved beyond Harrington’s team because there were too many passengers on the team.

And for the second day running, the men just along for the ride included Rory McIlroy.

While fourball partner Ian Poulter did his best to revive past glories, with four birdies and some gutsy putts for par, McIlroy contributed virtually nothing in a 4&3 defeat to Dustin Johnson and Collin Morikawa.

He did not manage a single birdie, and eventually the combined power of Johnson and Morikawa – No2 and No3 in the world rankings – proved too much for Poults.

So after suffering the indignity of being benched for the first time in his career earlier in the day, ending a run of 26 straight matches, McIlory ended day two with three defeats from his three matches.

And he did not make it past the 15th hole in any of them!

That makes it seven losses in his last nine outings, two of them in the singles, against Patrick Reed and Justin Thomas.

So do not hold your breath for a sudden return to form today.

McIlroy was not the only man who did not seem to know where the hole was once he pulled the putter out of the bag.

It has been a miserable time for the Europeans, especially pointless Rory McIlroy 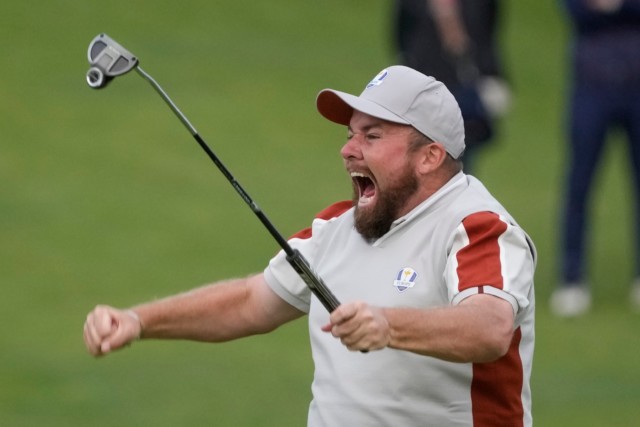 Tommy Fleetwood also failed to back up rookie Viktor Hovland with a birdie in the 17 holes they played before being beaten by Bryson DeChambeau and Scottie Scheffler.

Harrington must have wished he could simply send for more Spaniards – he needs an entire armada of them to have any chance of keeping those remote victory hopes afloat.

It is already far too late, with European designs on an eighth victory in the last ten battles with the Americans already sunk somewhere in Lake Michigan.

A better option might be to try to provoke a few more of the Americans into using the sort of foul-mouthed language Brooks Koepka directed at referees Mark Litton and David Price – and then urging the organisers to apply their code of conduct to the very letter.

After being denied a free drop from some deep fescue above a draining pipe, Koepka spat: “If I break my f***ing wrist, it’s on both of you.”

That should have been the end of his Ryder Cup, according to the warnings printed all over Whistling Straits.

They state: “Any individual or group that verbally abuses, taunts, or shouts insults at the players, caddies, captains, officials, or their families, will be immediately removed from the premises.”

Clutching at straws? Maybe. But what else is left for Europe after three successive 3-1 hidings left them facing the biggest mauling in Ryder Cup history?

That currently stands at 18 ½ – 9 ½. And never mind nine more to win, four-and-a-half more points look a long way off. 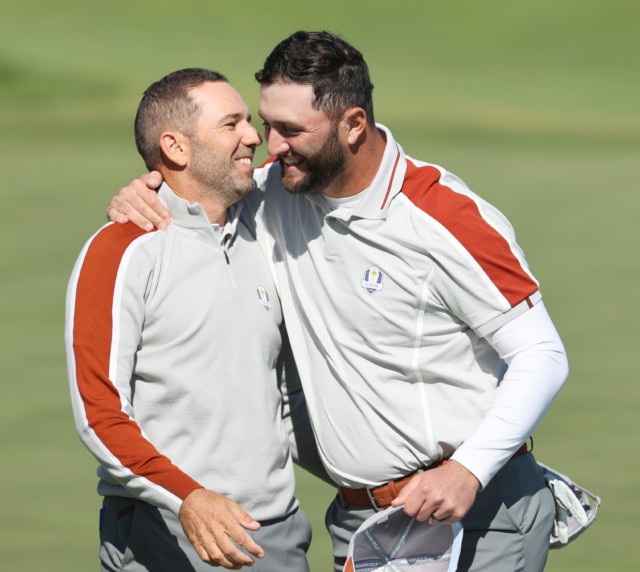 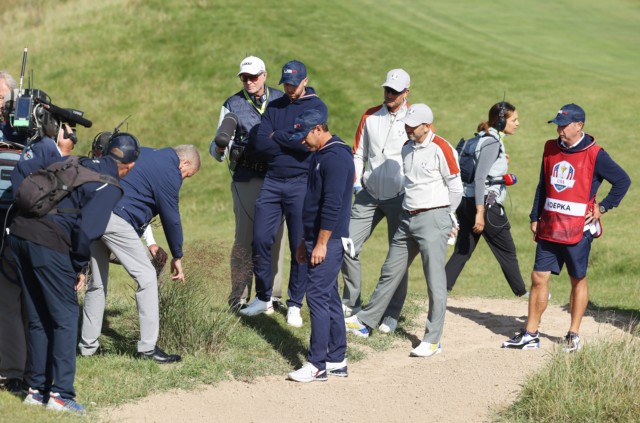