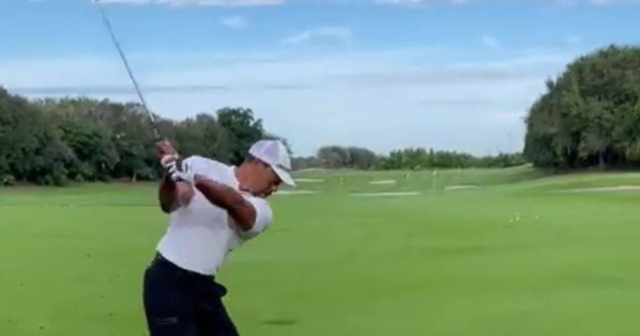 TIGER WOODS posted a video of himself hitting golf balls for the first time since his horror car crash in February, leaving Paige Spiranac in awe.

The crash caused multiple injuries to his right leg and foot. 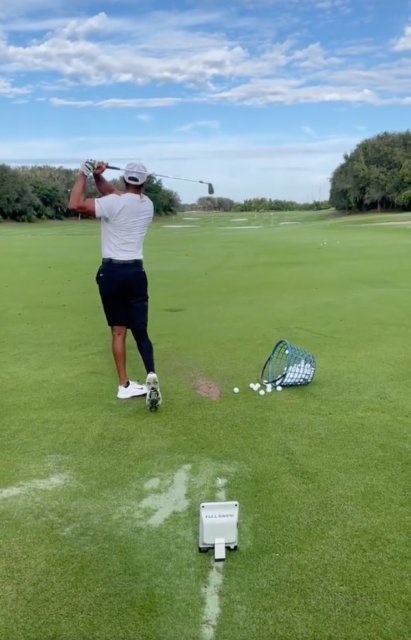 Woods is wearing a compression sock on his right leg 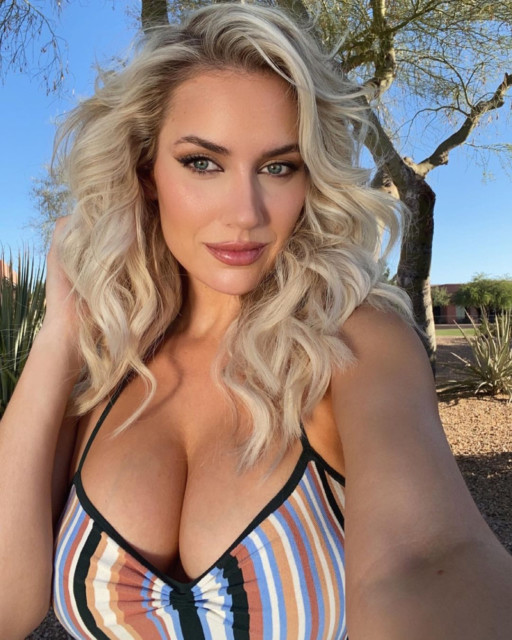 The 45-year-old posted the three second clip of him hitting the balls to Twitter with the caption: “Making progress.”

And although Woods’ future as a professional athlete is uncertain, golf beauty Spiranac is tipping him to make a comeback and win another major.

She replied: “He’s winning another major.”

Woods has won 15 majors across his 25-year career, so adding another would cap off an impressive bounce back from a horrific incident.

PGA golfer Justin Thomas thinks Woods is ‘going to try’ and make his way back onto the professional scene.

Speaking on the No Laying Up podcast, Thomas said: “I don’t see him ever playing if he can’t play well.

“That’s not really gonna be him, at least from my understanding, what I know of him.”