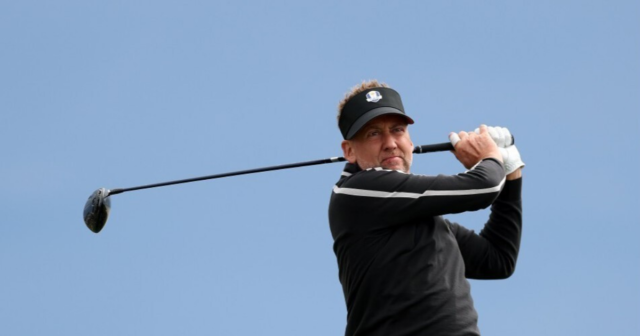 We can expect more of the same from Ian Poulter, Mr Ryder Cup, in European colours.

Ian Poulter will take part in his seventh Ryder Cup
Poulter and Matthew Fitzpatrick, participating in his second Ryder Cup

But as he prepares for another superhuman effort, Poulter, 45, said it all reduces him to a “physical wreck” for weeks after the incredible event.

Europe’s Postman — because he always delivers — provided a fascinating insight into just how much his Ryder Cup heroics take out of him.

Win, lose, or draw, this is what lies ahead for him once he returns from Whistling Straits.

Poulter said: “After each one I play in, I am a physical wreck for three weeks afterwards.

That has not prevented Poulter from throwing his hat into the ring as European captain for the 2025 match in New York — although who knows how much a stint as a hands-on leader would take out of him?

The European talisman has a formidable record of 14 wins, two half points and six losses in his 22 matches over six appearances.

And will have no lack of support when he decides the time is right for him to put the clubs away, and concentrate on getting other players to match his passion for facing the Yanks.

Casey added: “Poults is the guy all the Americans want to beat — but they don’t manage it very often, do they?

And Matthew Fitzpatrick said he would hate to have to face Poulter, especially in the singles, where he has won five matches and halved the other one.

Fitzpatrick said: “I’m just glad he’s on our side. When he’s holing putts from everywhere, you just want to throw him in the lake, I’m sure.

“He’s pretty much unstoppable when he’s doing that to you. You know, from my side, long may it continue — starting with this week.”

Poults believes the timing of the 2025 match is perfect for him to take on the captaincy — because he is desperate to go toe-to-toe with Phil Mickelson. 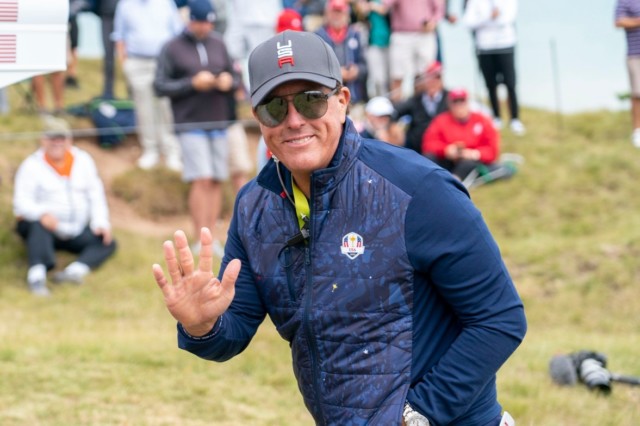 Phil Mickelson will captain Team USA at the 2025 Ryder Cup 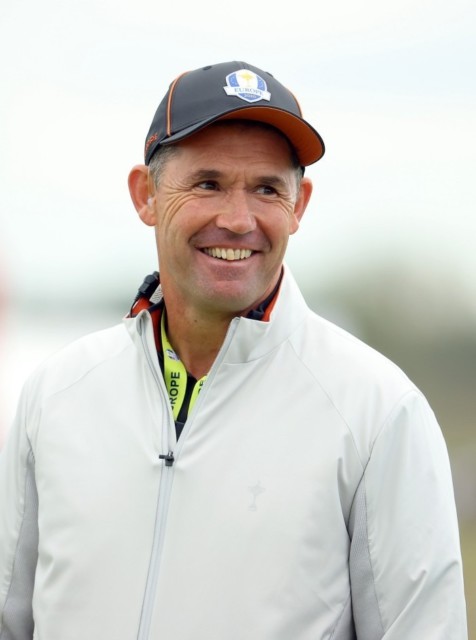 He reckons being in charge for the 2025 shootout at Bethpage Black — in front of a hostile New York crowd — would bring out the best in him.

Mickelson is a hot tip to lead the Yanks in that one, and Poults said he would relish the battle of wits with one of America’s most popular sportsmen.

He grinned: “Me and Phil Mickelson as rival captains in New York — we could have such a great time there. It would be a blast.

“I enjoy it on away turf. You look at my record. It’s obvious.

“I love the hostility, not when it gets silly, but when you are there, feeding off them wishing you’d miss putts — or even miss the ball completely.

The snag could be that with Lee Westwood pencilled in to take over from Padraig Harrintgon as Ryder Cup captain for Rome in two years’ time, handing Poulter the 2025 gig would mean Europe had chosen three captains in a row from Great Britain and Ireland.

That could lead to rumblings of discontent from the rest of Europe’s golfers, although Poulter brushed those fears aside.

He added: “Does it really matter if there are three GB&I on the trot? Or five. You have to go with the right man for the job, regardless of where he comes from.

“And of course the captaincy has been on my radar for a while, although I’m immensely proud of having made the team once again for this week.

“But once I’m no longer able to contribute as a player, there’s nothing I’d like more than to lead a team out.

“There is a problem with all the big names from Europe that need fitting in for the captaincy. It’s going to be very difficult. But for me, if it happens to be New York, it would be just wonderful.

“It would be absolutely berserk. It would be an amazing build-up. You could do some cool stuff in New York. This event is only going to grow and grow.”