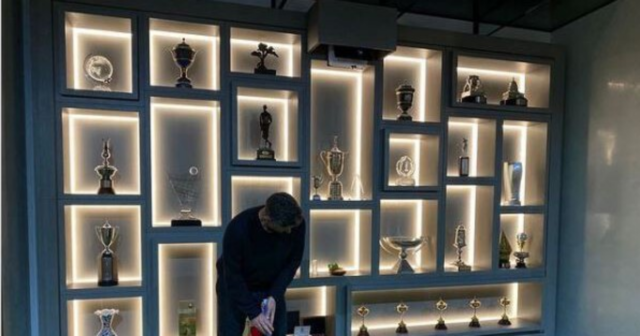 JUSTIN ROSE has showed off his amazing haul-in-one – a backlit trophy room with a massive cabinet for all his silverware.

Rose is certainly not a wall-flower – as the impressive case runs from one side of the room to the other, in front of a mini golfing ‘green’. 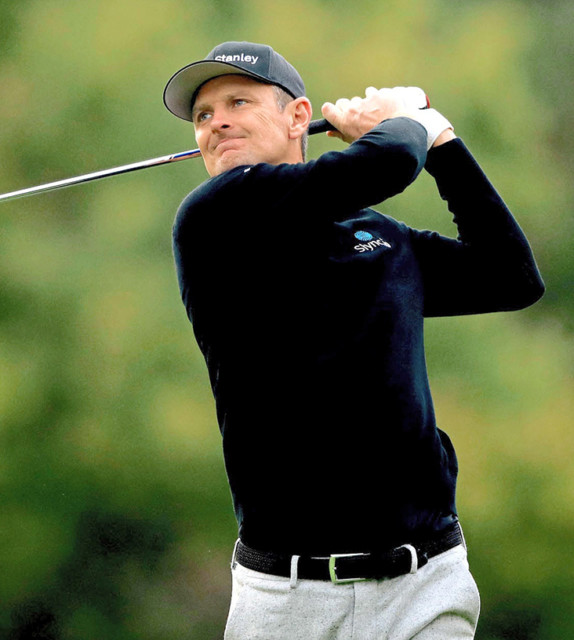 South African-born Brit Justin Rose, 41, has won 21 trophies since stunning the golfing world by finishing fourth at The Open aged 17

Britain’s 2013 US Open winner posted a snap of himself in the shade of the trophies, practicing his two-yarders before jetting of for the PGA Tour in America.

He wrote: “Last few putts at home before my flight to US.

“Excited on getting my @pgatour season started next week @thecjcup I’m on the road for five weeks. #Team

Rose might be in a brighter mood than many of his European colleagues as he was NOT in the team given a record 19-9 pasting by the USA in the Ryder Cup.

But the South African-born 41-year-old is still anxious to climb back up the ladder and add more trophies to his wall-to-wall collection, having been world No1 just three years ago.

Among those responding admiringly to Rose’s silverware display on Instagram were ex-England footballers John Terry – whose own stunning trophy room was featured by the Sun this week – and Jamie Redknapp.

Chelsea legend JT sent emojis of a trophy and a face with love hearts, while Redknapp posted a… playful penguin (or perhaps an eagle or albatross in disguise).

Rose mainly plays on the PGA Tour but has kept his European Tour membership.

He was hailed at the age of 17 as the ‘next Tiger Woods’ after finishing fourth in the 1998 Open at Royal Birkdale.

He struggled for long spells to live with the pressure of that expectation.

But in all he has bagged 10 PGA Tour wins and 11 on the European Tour, plus eight elsewhere – ample for his glittering cabinet.

In fact, One more win and he go on a great-teen to 30-something holiday to celebrate his rise, stumble and rise again over the past three decades. 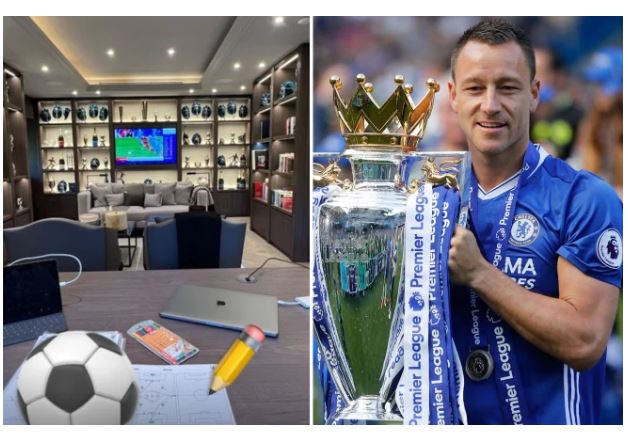 Here’s how John Terry’s trophy room measures up after his glittering Chelsea career
Advertisement. Scroll to continue reading.
In this article:chelsea