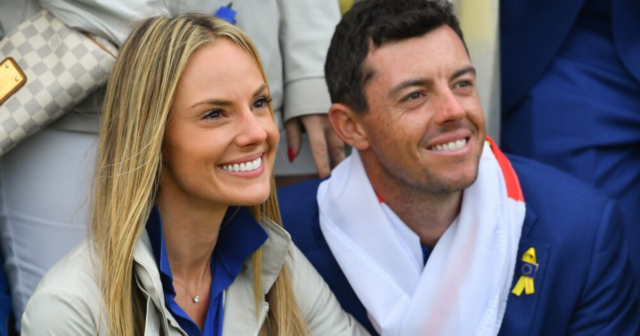 RORY MCILROY came agonisingly close to winning the 150th Open Championship at the weekend but fell short down the stretch.

Australian Cameron Smith took the title after shooting an incredible final round of 64.

Rory McIlroy of Europe and his wife Erica celebrate after winning the Ryder Cup in 2018.

We look at McIlroy’s family life as he looks to rebound from another Major disappoitment:

Erica Stoll was born in 1988 and raised in Irondequoit, New York with sister Natalie Stoll.

However, Eric, 31, latterly lived in Palm Beach Gardens in Florida.

Erica was working for the PGA when Rory met her as the manager of the Championship Volunteer Operations for the PGA of America in 2011.

BETTING SPECIAL – GET €50 IN FREE BETS WITH BOYLESPORTS

Where do they live?

McIlroy parted with £8.5million when he bought his stunning Florida home from Ernie Els.

Found in The Bear’s Club, a golf development which was established by Jack Nicklaus in 1999, the massive house stretches over 12,800 square feet.

Did you miss our previous article…
https://www.sportingexcitement.com/golf/ian-poulters-moans-about-facing-saudi-backlash-leave-him-open-to-ridicule-and-even-more-heckles/