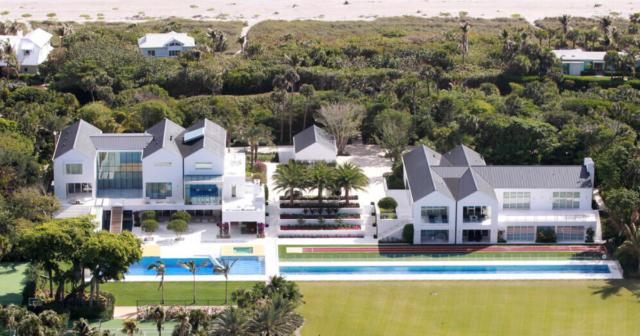 TIGER WOODS can at least see the funny side, as he continues to recuperating at home after a horror crash that left him with serious injuries back in February.

The golf legend, 45, required emergency surgery after suffering a fractured leg and shattered ankle in a horrific car accident in California.

Tiger Woods’ £41million mansion is situated on Florida’s Jupiter Island
Woods’ property, which includes a four-hole practice area, complete with six bunkers is where he has been recovering after is crash

Since then, he has been recuperating at his amazing £41million property in the exclusive area of Jupiter Island.

However, he revealed in his first press conference since the incident that he is finding it difficult negotiating his way around the vast mansion.

“I built a really nice house but I didn’t realise how big it was until you start putting crutches on. I am on the better side of it but still have a long way to go,” Woods joked.

Woods also spoke of the problems he’s had moving around.

“It’s been a lot of hard work,” he told reporters.

“There were some really tough times, just laying there. I was in a hospital bed for three months.

“It’s hard to explain how difficult it’s been, to be immobile for three months. I was just looking forward to getting outside, that was a goal of mine.

“I was just looking forward to getting outside. Eventually I got to a point where they could wheelchair me out and I could feel the sun, that was like a milestone.”

The £41million property is split into two sections, with one a 3,300-square-foot living quarters and the other a 6,400-square-foot multi-purpose building.

The latter includes a world-class gym, with the huge space also home to a media room, wine cellar and a lift.

A glass-covered walkway links the two buildings together, while there is also a guesthouse, a garage and a large mooring for his boats.

Dad-of-two Woods can also relax in his very own oxygen therapy room, or chill out in his basement games room or private cinema theatre.

The lavish house was built in 2010, just as his divorce from his ex-wife Elin Nordegren was being finalised.

Now he can enjoy his time there with girlfriend Erica Herman who healed golf’s flawed genius to achieve one of the greatest sports comebacks of all time. 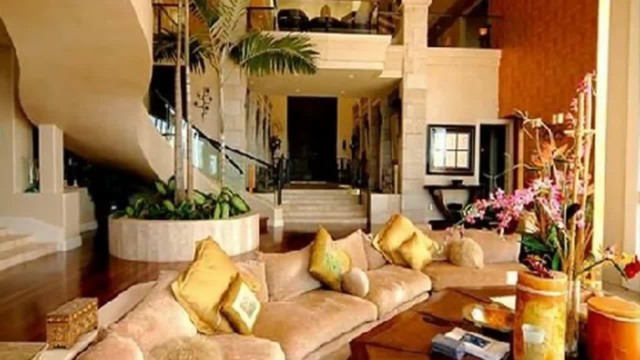 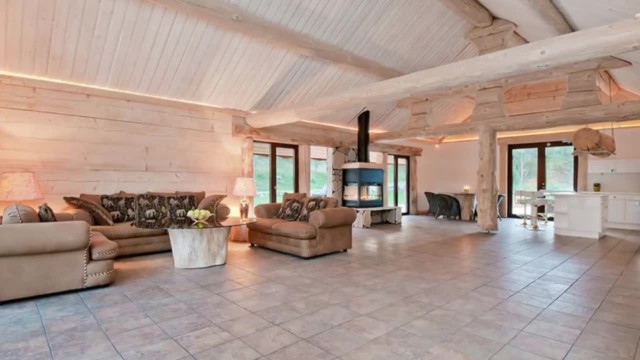 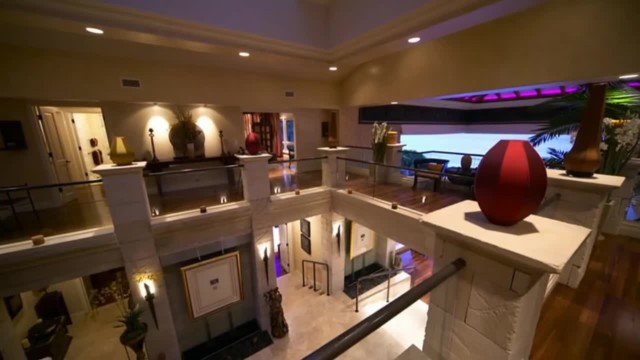 Woods’ home includes a a private home theatre, a wine cellar and a basement games room 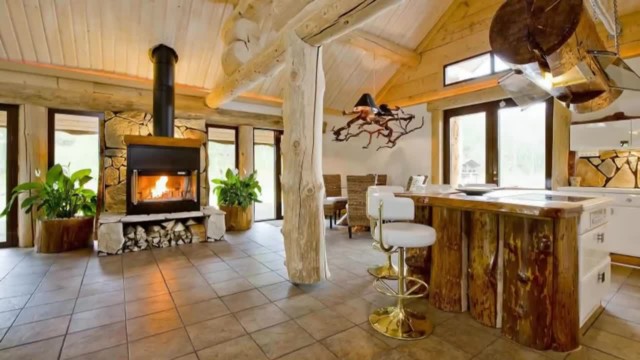 The property boasts a huge fireplace and dining area 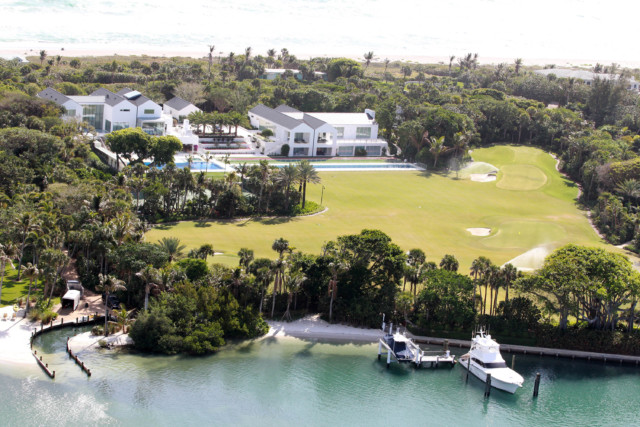 Woods’ back garden also includes a large mooring for his boats

His mansion is situated on Florida’s Jupiter Island – home to just under 900 people – making it one of the most exclusive neighbourhoods in the area.

Just around the corner from his luxury estate is his restaurant called ‘The Woods‘.

Billed as a “legendary sports bar experience”, the likes of Rory McIlroy, Justin Thomas and Rickie Fowler have all dined there. Tiger can relax in his £41million mansion with girlfriend Erica Herman 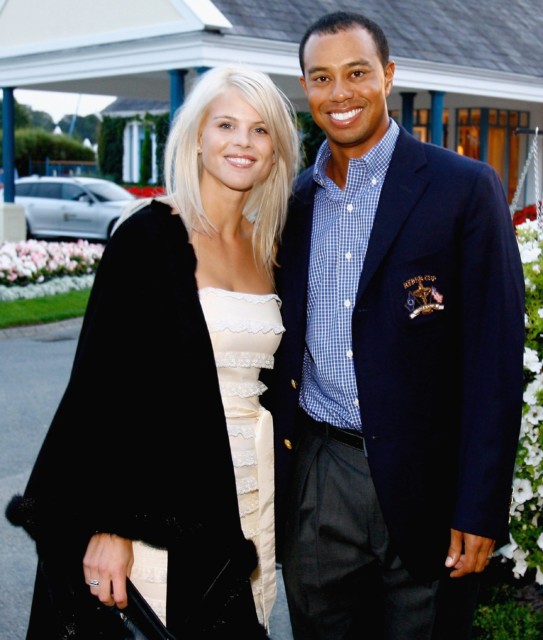 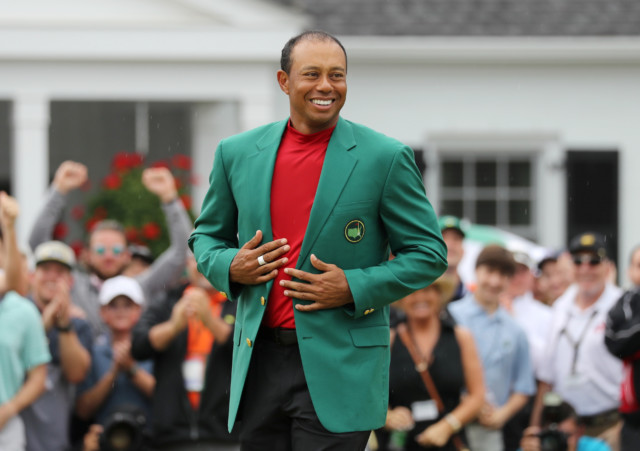 The 45-year-old won the Masters for a fifth time in 2019
Advertisement. Scroll to continue reading.
In this article: