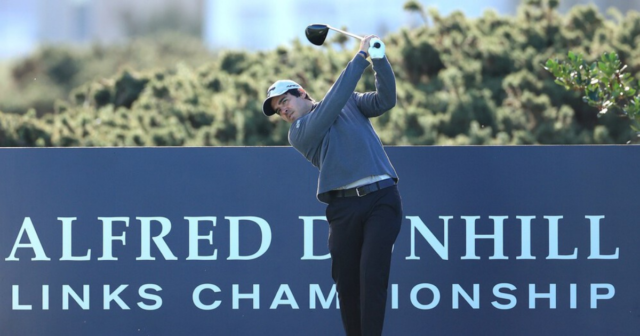 JAVIER BALLESTEROS will look to continue his legendary father’s legacy at St Andrews this week.

The Spanish golfer, 31, is part of the 168-strong field for the Alfred Dunhill Links Championship.

Javier Ballesteros, son of golf legend Seve, tees off at the Alfred Dunhill Links Championship at St AndrewsBallesteros is aiming to follow in his father’s footsteps with an impressive performance at the iconic Scottish course 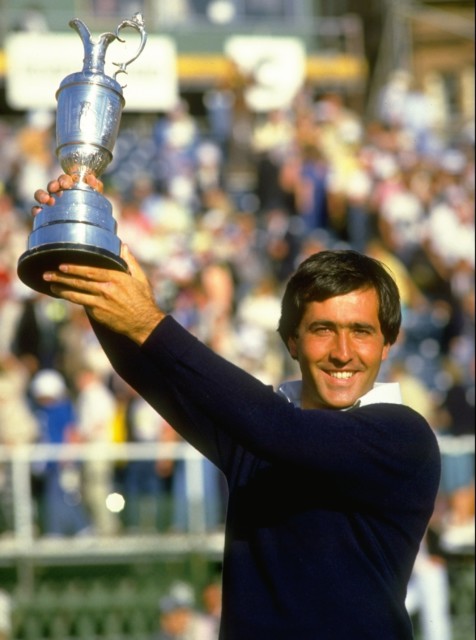 And for Ballesteros it will be an emotional day, ten years on from dad Seve’s tragic death.

Seve Ballesteros has gone down in the record books as one of golf’s best-ever players – and nicest, too.

But Javier, the current world No1,836, looked eager to get his Alfred Dunhill Links Championship underway as he teed off at the iconic Scottish course.

It will be the first time Javier has played a professional competition at St Andrews.

Seve famously called his 1984 Open win at the same course ‘the happiest moment of my whole sporting life’.

Javier – the eldest of Seve’s three children – will go up against the likes of world No9 Tony Finau, as well as top-20 stars Billy Horschel and Tyrrell Hatton.

Tommy Fleetwood and Shane Lowry are also among the big names at St Andrews this week.

Former England cricketers Michael Vaughan and Darren Gough will also be on show, along with snooker icon Stephen Hendry.

But for Javier, it will be impossible to shake off thoughts of his father at St Andrews.

In May, ten years to the day from Seve’s death from brain cancer aged 54, Javier revealed all about his dad.

He told the BBC: “Every day I wish my dad was still here and we could do things together, like practice and enjoy life.

“He won five majors, helped Europe to five Ryder Cups and has a record 50 victories on the European Tour, but I can tell you he was a much better dad than he was a golfer, so he was pretty good.

“I am very proud and happy with how all the fans around the world show their love to me and to my family now.

“It is always very nice to see clips on social media of him winning tournaments and some happy moments for him.

“A few times people have even written to me and said: ‘This is my son, his name is Seve, after your dad.’

“Or some other people say ‘my wife didn’t allow me to name my son Seve, but my cat or my dog is Seve’, so it’s always very nice and it makes me feel very proud.”